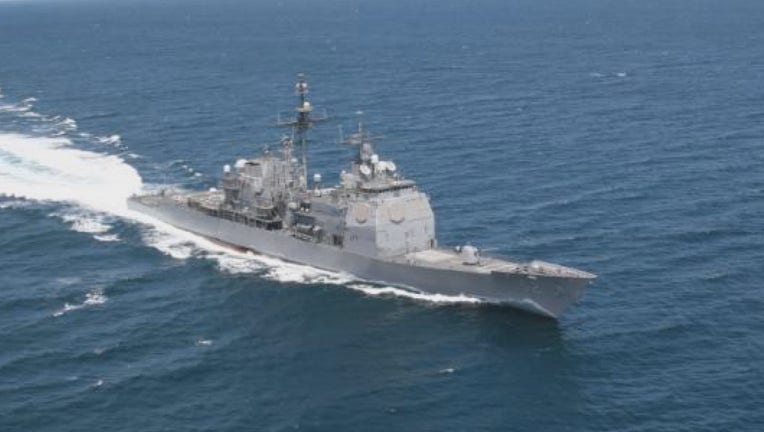 (FOX 9) - The U.S. Navy is taking steps to protect sailors on an aircraft carrier where coronavirus has spread rapidly, but a Twin Cities father is harshly critical of the Navy’s response and worried that it’s too little, too late.

Bob Doyle is worried about his son, Nick. He also worries that the other men and women in Nick’s Naval Strike Group could die in a time of peace.

The U.S. Navy is taking steps to protect sailors on an aircraft carrier where coronavirus has spread rapidly, but a Twin Cities father is harshly critical of the Navy’s response and worried that it’s too little, too late.

“This isn’t during the war,” Bob said. “So, we owe it to those sailors. Those sailors are defending us right now. They signed up to defend us. We owe it to them to get us the resources they need.”

Bob served in the Navy during Vietnam and his older son just got out of the Navy. His younger son, Nick, serves on the U.S.S. Bunker Hill, a guided missile cruiser that sails alongside the aircraft carrier Roosevelt.

Coronavirus cases began popping up on the Roosevelt last week. Several sailors were evacuated to hospitals, but the virus has kept spreading on the Roosevelt, where isolation and social distancing is nearly impossible.

“The space is so maximized that you can and I couldn’t pass each other in a passageway without bumping into each other,” Bob said.

The Roosevelt and the Bunker Hill are now docked in Guam where sailors are being tested, but initially kept on the ship.

Sunday night, the ship’s captain sent a letter to the Navy pleading to take 90 percent of his sailors off.

“We are not at war,” he wrote. “Sailors do not need to die. If we do not act now, we are failing to properly take care of our most trusted asset: Our sailors.”

“I think the Navy is tone deaf with this captain right now and that’s why he’s escalated his concern, because they’re not hearing him,” Bob added.

Bob reached out to Senators Tina Smith and Amy Klobuchar begging them to put pressure on the Navy.

Sen. Klobuchar's Officer responded saying they are closely monitoring the situation and have reached out ot the navy and were assured the health and safety of the sailors onboard is their top priority.

Wednesday, the Navy said they began removing sailors into quarantine on the Guam Naval Base. 900 have already disembarked and another 2,000 will leave the ship by Friday.

“They’re out there right now standing the watch for us,” he said. “We owe it to them to do all we can to help them fight through this.”