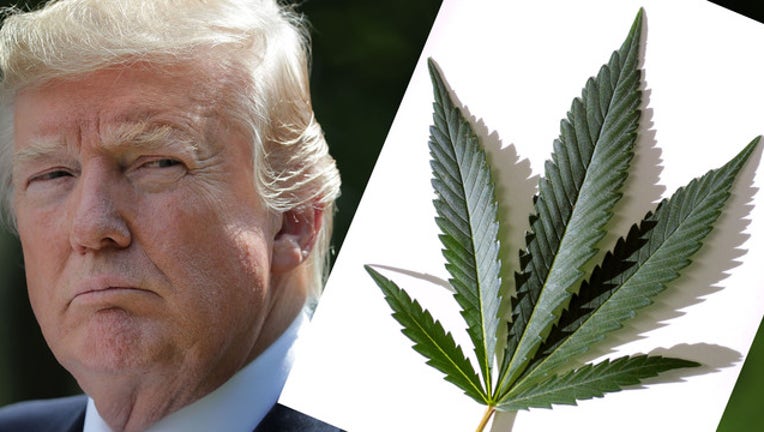 Asked Friday about a proposal that would reshape the nation's approach to pot, Trump said he would "probably end up supporting that."

The federal ban has created a conflict with more than two dozen states that have legalized marijuana in some form.

The legislation would ensure states have the right to determine the best approach to marijuana within their borders. Some U.S. restrictions would remain, including recreational sales to people under 21.

Republican Sen. Cory Gardner of Colorado is co-sponsoring and Trump said he supported him.

When asked about the measure, Trump told reporters in Washington that "we're looking at it. But I probably will end up supporting that, yes."