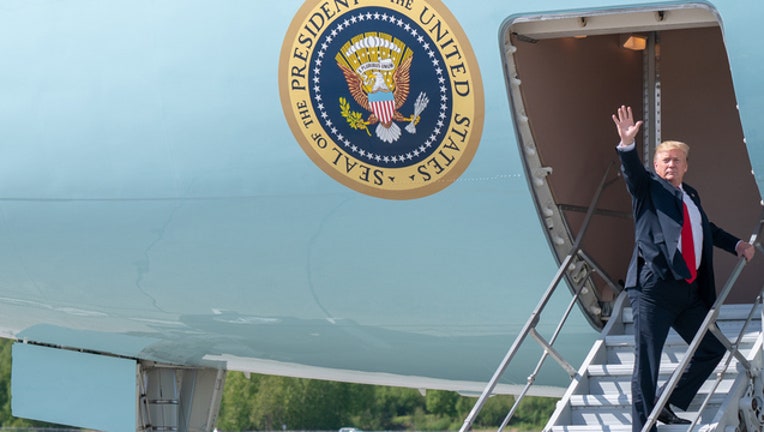 President Donald J. Trump bids farewell to the troops at Joint Base Elmendorf-Richardson, Friday, May 24, 2019, as he boards Air Force One in Anchorage.(Official White House Photo by Shealah Craighead)

WASHINGTON - (AP) -- President Donald Trump is muddying the waters over Russia's involvement in the 2016 election. Trump tweeted early Thursday that "I had nothing to do with Russia helping me to get elected." But he later insisted that Russia didn't help him.

Trump reacted Thursday, a day after special counsel Robert Mueller spoke about his investigation into Russia election meddling and contacts with the Trump presidential campaign.

Mueller found that Russia meddled in the 2016 election, and while he said that charging Trump with a crime was "not an option" because of federal rules, he emphasized that he did not exonerate the president.

Trump told reporters Thursday as he departed the White House, "Russia didn't help me at all." He said Russia would have preferred that Hillary Clinton be elected, not him.

Trump claimed, "Nobody has been tougher" on Russia "than me."