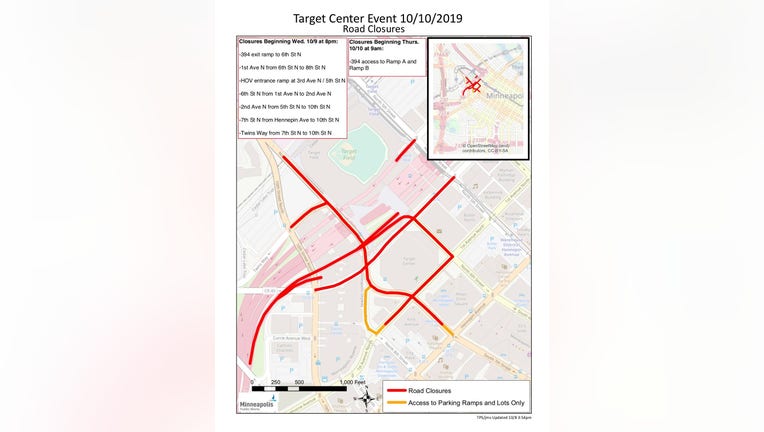 The city of Minneapolis will close the streets shown on this map starting Wednesday night due to a Trump rally and protest Thursday night.

The rally, scheduled for 7 p.m. at Target Center, will feature both the President and Vice President Mike Pence, creating the need for extra security around the urban stadium.

Downtown Minneapolis is preparing for extra security and more for President Donald Trump's visit on Thursday.

Beginning at 8 p.m. Wednesday, five streets around the stadium will be closed. They are:

In addition to city streets, entrances and exits for I-394 will also be impacted in the following ways:

All city-managed parking ramps, including the ABC ramps, will be open for parking until they are full. On-street parking will be restricted in some areas of downtown, however.

Metro Transit buses will have regular service, except for some detours around the scheduled street closures. 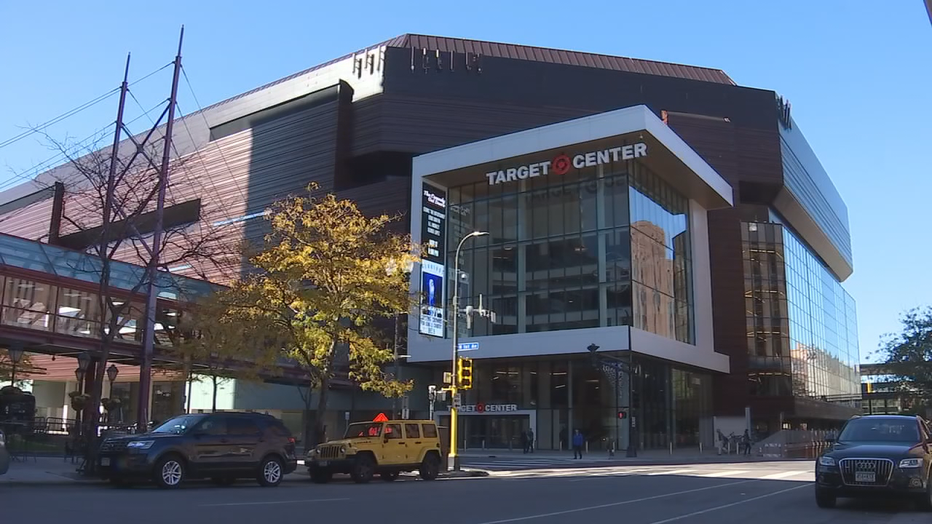 Target Center will play host to President Donald Trump and his supporters Thursday night. Nearby, protesters will also make their voices heard.

The city of Minneapolis also announced shared scooters will not be available in the city Thursday and Nice Ride stations and dockless bicycles will also be out of service near the stadium.

The Anti-war Committee announced it will protest the President's visit near Target Center Thursday evening along with multiple other groups.

It will feature a number of groups opposing Trump's rally, including, "activists from youth, labor, religious, student, peace, justice, immigrant and indigenous rights, LGBTQ, environmental and other movements," the committee says.