The number of Minnesotans in line for a frontline worker bonus this fall will be much larger than state officials originally expected, even after issuing denials to 214,209 people on Tuesday.

If the strike does happen, it will involve 15,000 nurses, making it one of the largest nurses’ strikes in the country’s history. Those 15,000 nurses work at 15 hospitals across seven different hospital systems in the Twin Cities and Duluth.

The Union has to give 10 days notice before they are allowed to walk off the job. The are seeking higher wages and better staff retention, among other things.

"Hospital executives with million-dollar salaries have created a crisis of retention and care in our healthcare system, as more nurses are leaving the bedside, putting quality patient care at risk," Mary C. Turner, RN at North Memorial Hospital and President of the Minnesota Nurses Association said in a release. "Nurses do not take this decision lightly, but we are determined to take a stand at the bargaining table, and on the sidewalk if necessary, to put patients before profits in our hospitals."

The union held a news conference on Tuesday about the strike authorization vote:

The Minnesota Nurses Association held a news conference Tuesday after voting to authorize a strike for 15,000 nurses.

Negotiations have been taking place since March without reaching a resolution. The nurses’ union has been asking for a solution to short staffing and retention issues, and an annual salary increase of more than 4%.

After the strike was authorized, Allina released a statement reading in part: 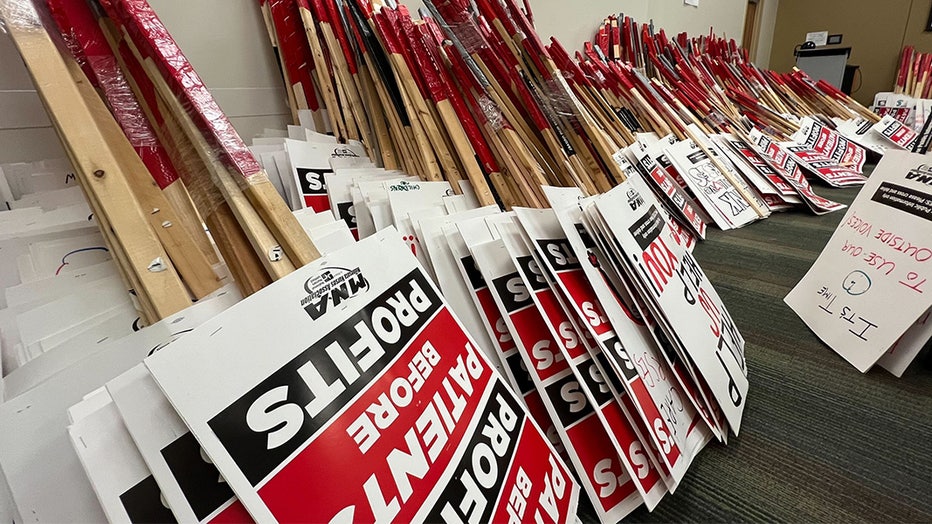 "We are disappointed the union choose to take a strike authorization vote instead of working towards a fair and sustainable contract. A strike does not benefit anyone and will only further delay reaching a settlement at the bargaining table.

Despite the ongoing challenges being felt by Allina Health and throughout the nonprofit health care industry, we have offered an economic package that includes a wage increase of 11% over the three years of the contract, as well as additional compensation benefits. We have also demonstrated our commitment to many of the union’s priority issues, such as diversity, equity and inclusion, safety and security, and recruitment and retention."

Both sides will head to the bargaining table again on Aug. 30.