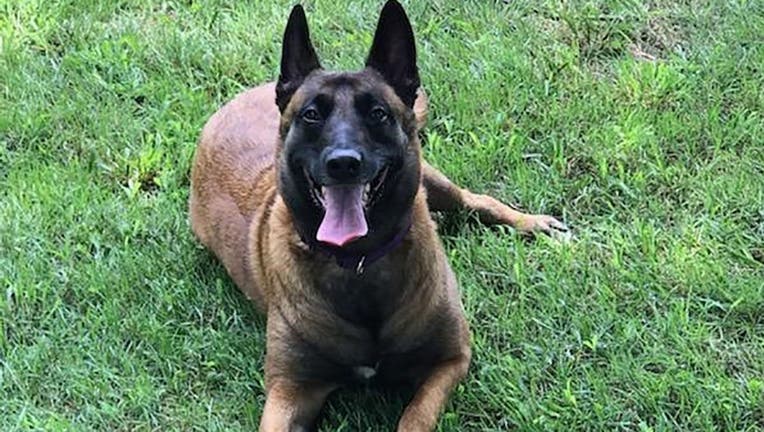 FRANKLIN, Tenn. - A rescue dog in Tennessee became a Fourth of July hero after alerting her owner to a house fire next door and saving a family asleep inside.

When LeCates opened the door to investigate, Roux bolted outside. LeCates followed and saw his neighbor’s home on fire.

LeCates pounded on their door, waking the family of three still inside. They escaped with their pets unharmed. LeCates used a garden hose to fight the flames until firefighters arrived.

Video evidence showed that the fire began on the exterior of the home at about 10:20 p.m., about an hour after the homeowner threw out fireworks with his trash and other combustible materials, King said. 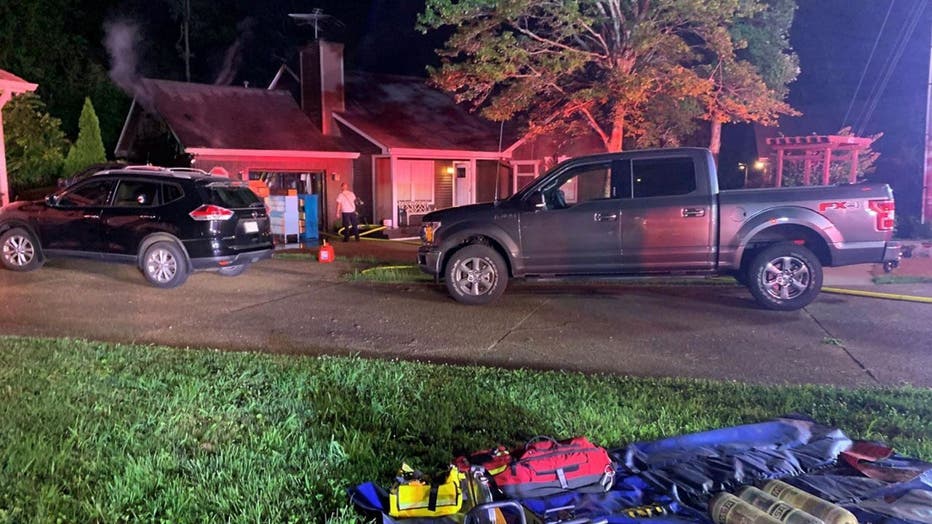 The fire scorched the roof of the attached garage and burned through to the attic, officials said. (Franklin Fire Department)

The fire caused an estimated $50,000 in damages, according to the release.

In a twist of fate, Roux and LeCates would have never found each other if not for the woman who lives in the home that caught fire.

She is a dog groomer and the reason why LeCates adopted Roux 15 months earlier, the release said. She knew Roux was a similar breed to LeCates’ German Shepherd that had died. She helped LeCates adopt Roux, who needed a good home.