A new exhibit at the Minneapolis Institute of Art showcases the creative talents of dozens of students in the metro. The focus of their work is addressing racism as a public health crisis through art.

MINNEAPOLIS (FOX 9) - A new exhibit at the Minneapolis Institute of Art showcases the creative talents of dozens of students in the metro. The focus of their work -- addressing racism through art.

At the Minneapolis Institute of Art, the colorful drawings and posters adorning the walls are all works of art created by this group of local teens.

Josh Landste, a 12th grader at Minnesota Transitions Charter School says, "It feels really great having something put up in a museum. That everyone can come in and look at it and admire it."

Representing students from North High School, Como Park High and Minnesota Transitions Charter School, the new exhibit focuses on racism as a public health crisis. In partnership with the MIA and Blue Cross and Blue Shield of Minnesota, the young creatives were mentored by professional artists. And through art, some of the students found an outlet.

15-year-old MTCS student, Anthony McArthur collaborated with Landste and another student on a poster about police brutality. He says that the poster is based in part on his own life experiences. 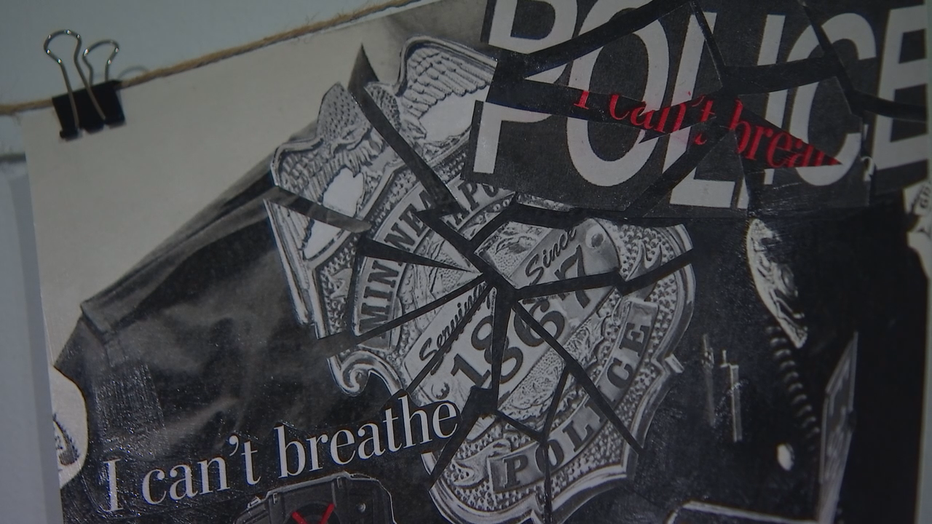 Addressing racism, social injustice and racial inequity. The visuals are an expression of anger, hurt, hope and healing.

"They are taking it in, they are observing, they are analyzing it, processing it. And I think what you see in their artwork is exactly that," says Bukata Hayes VP for Racial and Health Equity for Blue Cross and Blue Shield Minnesota. 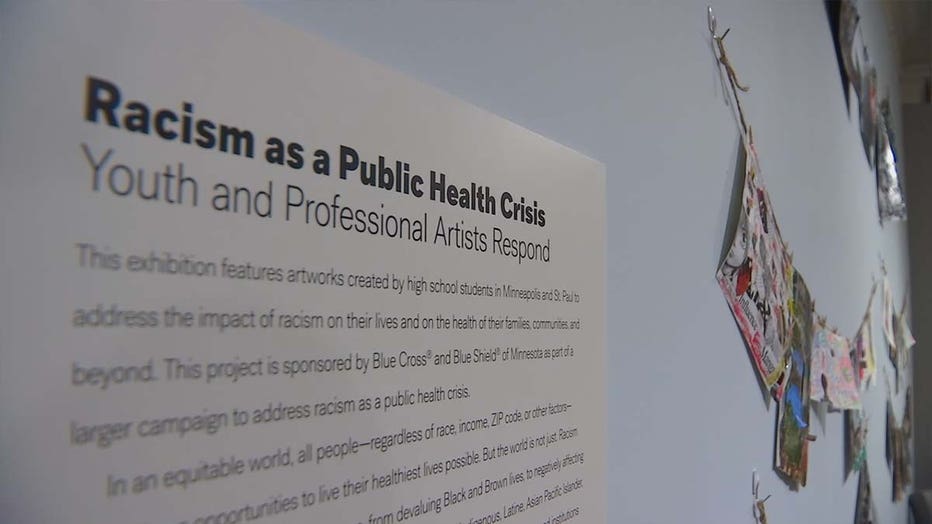 The "Racism as a Public Health Crisis" exhibit will be on display at the Minneapolis Institute of Art until February 6. (FOX 9)

Amaya Sandres, a freshman at Como Park Senior High School says, "It’s nice to know that our generation cares and that some people know that they have a voice and that they can share their story in different ways."

Before leaving the exhibit McArthur said, "Something that I made is on the wall at a museum for other people to see. They’re going to see and get the idea like this is real, this is not a game, this stuff is happening for real."

The exhibit will be on display until February 6. More information about the exhibit can be found here.