Swim is part of Tubi’s inaugural Shark Month: Bitefest, home to the biggest streaming library of free shark movies, including all four installments of the iconic Jaws franchise.

LOS ANGELES - Are you afraid of sharks? This Friday, Tubi will debut "Swim" — a new original summer movie that follows a family trapped in their storm-flooded vacation rental who must try to escape a hungry shark that’s made its way into the house.

"It’s an original Tubi, which is kind of neat," Lawrence, 45, told FOX Television Stations. "This is escapism, sort of in a good way."

"Swim" is part of Tubi’s inaugural Shark Month: Bitefest, home to the biggest streaming library of free shark movies, including all four installments of the iconic "Jaws" franchise, available to stream for free.

The actor said he hopes people forget about the bad news happening in real life and find a "fun" respite in the film.

"I want people to... forget all about the real-life headlines and all the real-life drama that is falling upon us hourly, minute-by-minute, and just sit back for a couple hours," Lawrence continued. "This will be escapism hopefully for a lot of people, a thrill ride for a lot of people. Have some popcorn, sit down with the family and friends and just watch a good old-fashioned shark try to catch some people in the water. Hopefully, it will just be fun, that’s what this movie is intended to be: fun."

Lawrence said "it feels great" to be working with Tubi and to be at the forefront of its new content. 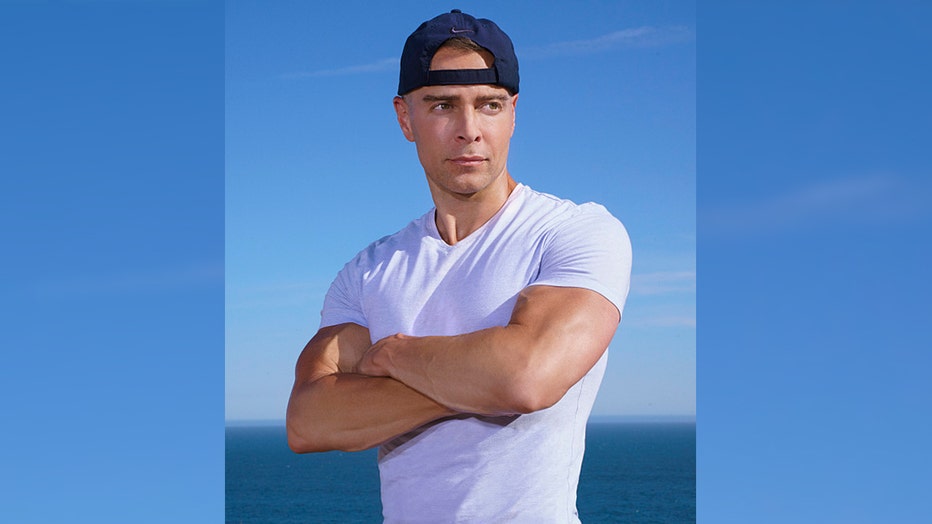 "They’re at the ground floor of going from a service that is unlike anything out there by offering everything for free in the original content game," Lawrence said. "Now they’re getting into exclusives because they’re making this property themselves that’s only going to be on Tubi."

"To continue this relationship and grow this with them is exciting to me as they continue their foray into original content game which is where they are headed," he continued.

About the writer: Stephanie Weaver is a Los Angeles-based journalist. She is a host of the national streaming show, LiveNOW from FOX, and is a digital content creator for FOX TV Stations. Find her on Facebook and Instagram at @StephWeaverTV.