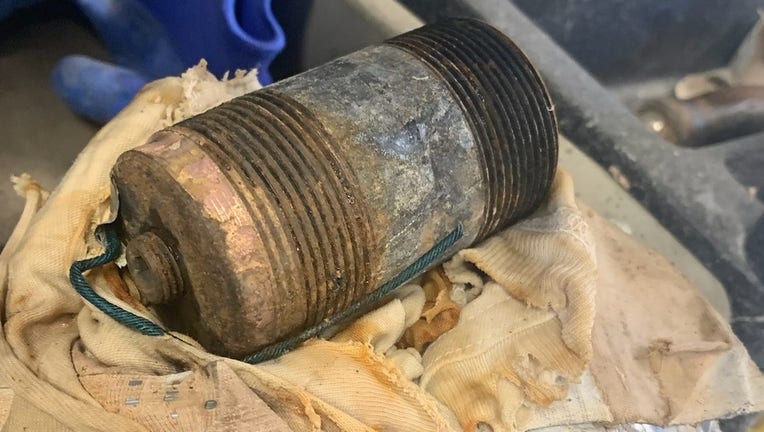 A family renovating their barn in Rosemount found a suspected pipe bomb, according to Rosemount police. (Rosemount Police Department)

Chief Dahlstrom said at 3:40 p.m. Wednesday police responded to the barn in the 2100 block of 120th St W after the family reported the discovery. Authorities later called in the St. Paul Bomb Squad.

Officials determined a fuse went into the device, but the contents inside were not immediately clear. The bomb squad removed the device to dispose of it elsewhere and further investigate the device.

Dahlstrom says the barn has been in the family for about 60 years and it is believed the suspected pipe bomb had been there a long time. No foul play is suspected.