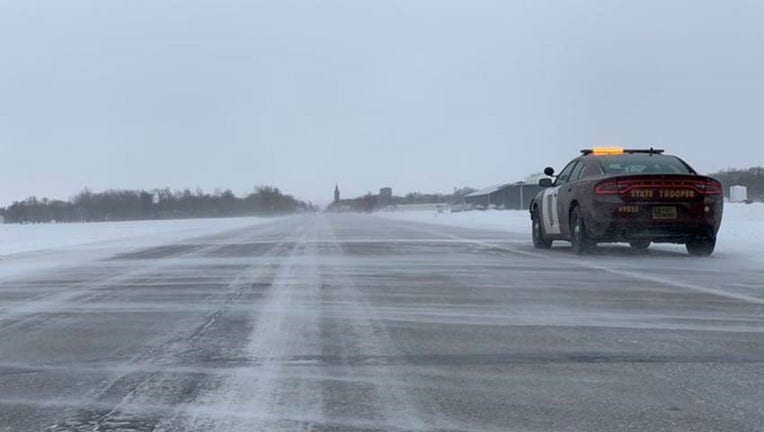 (FOX 9) - The Minnesota State Patrol reported nearly 200 crashes and more than 195 more spinouts on slick roads Thursday after some snowy weather moved across the state.

One fatal crash was reported just after midnight Thursday morning on I-94 just east of Albany. The three-vehicle crash was a head-on collision.

Semi vs. snow plow crash on I-94 in Woodbury, Minnesota

A semi crashed into a Minnesota Department of Transportation snowplow overnight on Interstate 94 in Woodbury, Minnesota.

A semi and a snowplow also collided Thursday morning on I-94 in Woodbury.

Two crashes along Interstate 494 near Highway 100 in the Bloomington and Edina area. Road conditions have deteriorated after freezing drizzle overnight followed by light snow.

Visibility was limited in some areas as well.

The State Patrol recommended keeping cruise control off, headlights on and to use common sense as temperatures drop and plows work to clear roads.