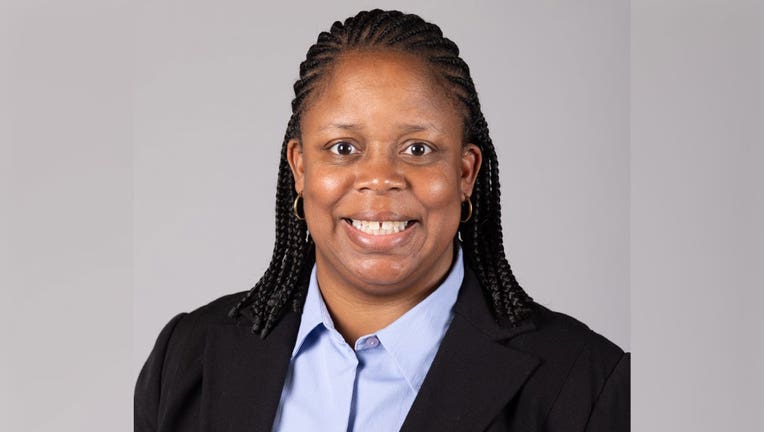 Blakey, the former Chief of Staff for Metro Transit Police, had been the subject of an internal investigation for several months.

FOX 9 reported in August that Blakey and an unidentified sergeant had been put on administrative leave at Metro Transit Police, pending an investigation into their activities with a volunteer community program.

On Tuesday, Metro Transit Police spokesperson Howie Padilla declined to comment on the status of the internal investigation or the circumstances of Blakey’s departure.

"Metro Transit and the Metropolitan Council are not at this time commenting on Blakey’s employment status today except to say that she is not an employee of the Metro Transit Police Department," Padilla wrote in an email.

In announcing his new appointment, Carter said in a press release, "Brooke Blakey’s career of public service will be invaluable as she engages in this new role and supports our work to realize safer outcomes in every neighborhood."

Her first day as director will be February 28.

During her career with Metro Transit Police, Capt. Blakey served as Chief of Staff to Metro Transit Police Chief Eddie Frizell. In November, President Biden nominated Frizell to serve as U.S. Marshall for the District of Minnesota.  He still awaits confirmation by the U.S. Senate.

It is not uncommon for public employees to resign while an investigation is pending.  It exploits a loophole in the State’s public records law, Minnesota Data Practices, because if an employee resigns before discipline is sustained, it is not considered public.

But in Blakey’s case, because of her supervisory role, she could likely be considered a "public official" as it's defined in statute.

Blakey is a lifelong St. Paul resident.  Her father, Art Blakey, was the long-time Minnesota State Fair Chief of Police, who died in 2018.

FOX 9 has reached out to Blakey and Mayor Carter and is awaiting a response.