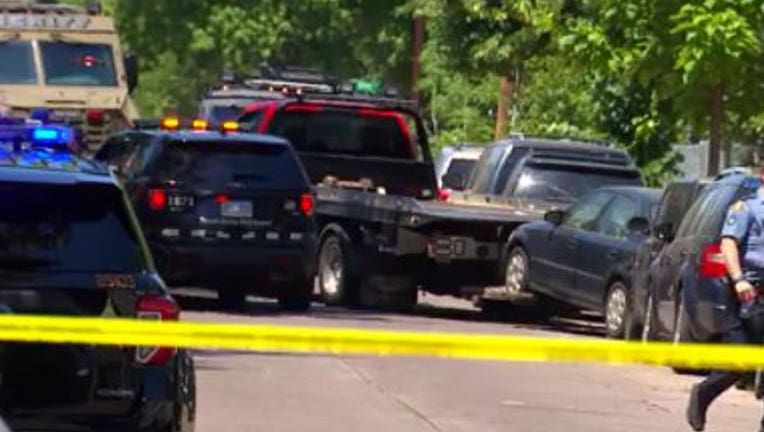 A chase suspect that crashed in Minneapolis is in a standoff with police Wednesday afternoon.

MINNEAPOLIS (FOX 9) - A St. Paul robbery suspect who crashed his vehicle after a pursuit into Minneapolis is in a standoff with law enforcement Wednesday afternoon.

Police say the suspect crashed on the 2900 block of Newton Avenue North in the Jordan neighborhood of Minneapolis. The crash led to an hours-long standoff with the man, who police said was making threats towards police and anyone who approached the vehicle, refusing to leave the vehicle.

After hours of negotiation, officers were able to get the man to surrender without further incident. He was taken into custody just after 4 p.m. He was transported to a local hospital for treatment of minor injuries from the crash.

While the situation was ongoing, residents in the neighborhood were told to shelter in place.