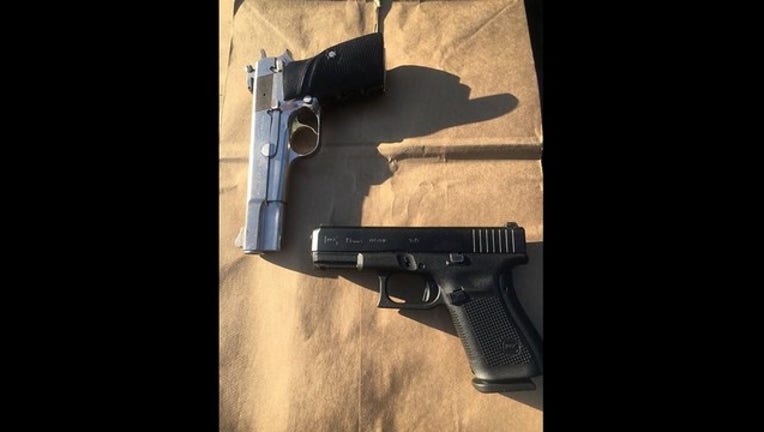 Police responded to a report of suspicious activity in the Snelling/Midway area where they found the four men and the teenager with the guns.

As a result, the two guns were taken off the streets.