ST. PAUL, Minn. (FOX 9) - Temperatures may not technically be considered warm, but it’s definitely mild for this time of year.

“The ice conditions now are not that great,” said Edward Nelson, of the St. Paul Fire Department. “We’ve had warmer temperatures, so it’s pretty realistic for us here.”

St. Paul firefighters drilled Wednesday and kept their eye on a lone fisherman a couple hundred yards away incase their practice rescues turned real. Luckily, it never did.

The department is near the end of nine days of refresher training for the more than 400 firefighters.

Crews practiced tossing ropes to victims and crawling out on the ice to hook up harnesses to pull them out.

“Our last resort is to enter the water with a victim,” said Jovan Palmieri, of St. Paul Fire. “It’s a little bit more dangerous for the rescuer.”

This year, the team practiced with a brand new tool invented in Duluth called the Arm-Loc.

“So, I would just put it on my arm and, as I approached the victim, just like I did in other rescues, I’d reach out and shake their hand. Once I shake their hand, I would slide it onto them, maintain contact with them and all I have to do is pull the cord and it auto inflates,” described Nelson. “And at this point, I could signal back or I could help them out of the water with the rope that’s connected to them.”

If you wind up in the ice, firefighters also want you to know how to get yourself out, which begins by staying calm.

“If you do go through the ice, you have about ten minutes where your large muscles will still function well enough to affect a self-rescue,” Palmieri said.

Go to the same spot you fell in and try to slide flat onto the ice.

“Start kicking your feet and make short elbow jabs,” Palmieri said. “Once you get on the ice, roll away from it.” 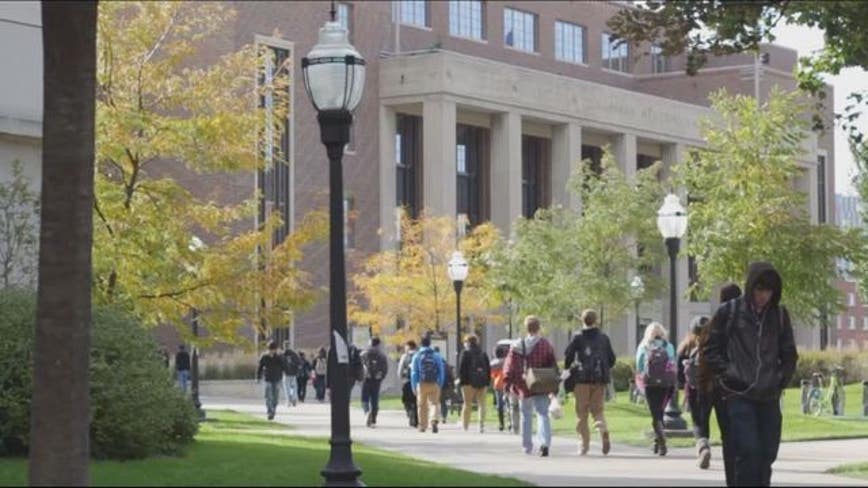