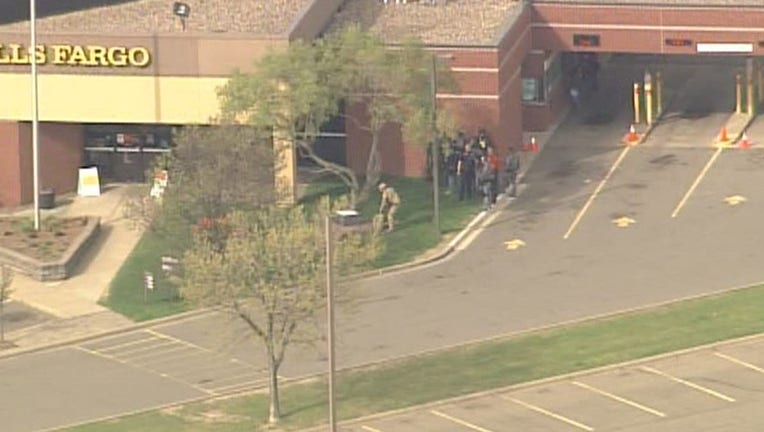 Authorities respond to a reported bank robbery and hostage situation at a Wells Fargo in St. Cloud, Minnesota. (FOX 9)

ST. CLOUD, Minn. (FOX 9) - The Wells Fargo bank location in St. Cloud, Minnesota where five employees were held hostage by a man for more than eight hours will be partially reopening on Tuesday, according to a Wells Fargo spokesperson.

According to police, Thursday afternoon a man went into the bank at 200 33rd Avenue South upset about an account. He later forced the bank manager to fill a bag of cash from the vault and held a group of bank employees hostage until authorities took him into custody late in the evening, according to the criminal complaint. The man, Ray Reco McNeary, has been charged with five counts of kidnapping. No one was injured.

The man accused of holding five employees hostage at a Wells Fargo bank for more than eight hours Thursday in St. Cloud, Minnesota has been charged.

Starting Tuesday, the location at 200 33rd Avenue South will reopen for drive-up service and safe deposit box access only. Those services will continue for the rest of the week.

On May 17, the location will also offer banker service by appointment, which is Wells Fargo's current operating model amid the pandemic.

Other Wells Fargo branches in St. Cloud and Sauk Rapids have remained open.