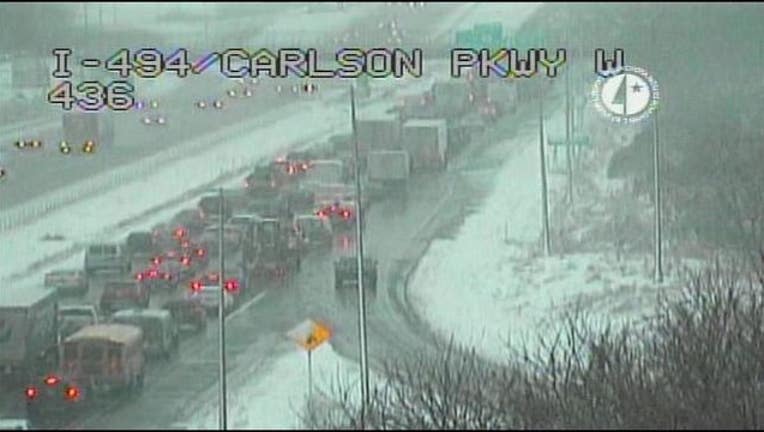 (KMSP) - The winter storm finally made its way to the Twin Cities Wednesday morning, causing a headache for drivers during the morning commute.

Minnesota State Patrol reported there were 67 crashes and 35 vehicle spin outs and off roads in the metro between midnight and 11 a.m. Only eight crashes resulted in injuries.

The majority of the snow fell in southern Minnesota. Statewide there were 113 crashes, 13 with injuries, and 116 vehicle spin outs and off roads.