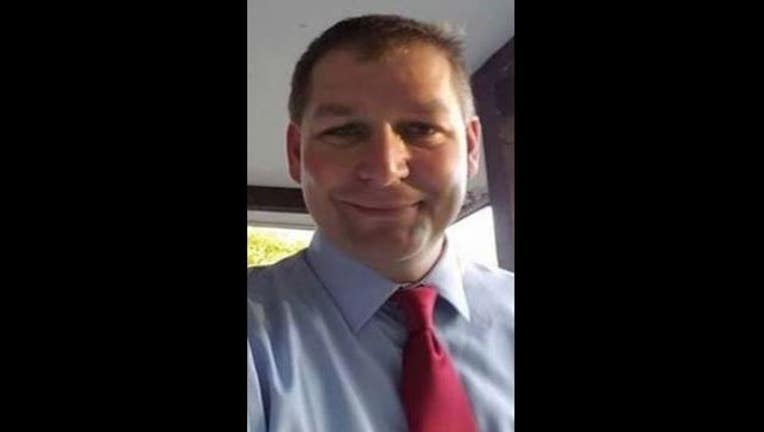 EAGLE, Wis. (KMSP) - Wisconsin authorities say a fugitive who is armed and dangerous may be driving a stolen car and heading for La Crosse or Minnesota. UPDATE: Wisconsin fugitive left note he was heading to Boundary Waters in Minnesota

Jonathan Pogreba, 43, is wanted Waukesha County in connection with a domestic incident in Eagle, Wisconsin on June 5. Family members exchanged gunfire, but no one was injured, according to the Waukesha County Sheriff’s Office.

Investigators believe Pogreba stole a vehicle from a home a mile south of where the incident occurred. He is no longer believed to be in Waukesha County and may be headed to the La Crosse, Wisconsin area or possibly Minnesota, where he is known to have acquaintances.

The sheriff’s office has a felony warrant for Pogreba with a $100,000 cash bail.

He is believed to be driving a 2015 white BMW 328xi, four-door sedan with Wisconsin license plate 128YCW. He was last seen wearing a blue t-shirt, dark jeans, black tennis shoes with white trim and a black baseball hat with yellow lettering.

Pogreba is still believed to be armed and dangerous and should not be approached. Anyone who has seen the stolen vehicle or has any information on Pogreba’s whereabouts is asked to call the tip line at 262-896-8139, contact their local police department or contact the Waukesha County Communication Center at 262-446-5070.