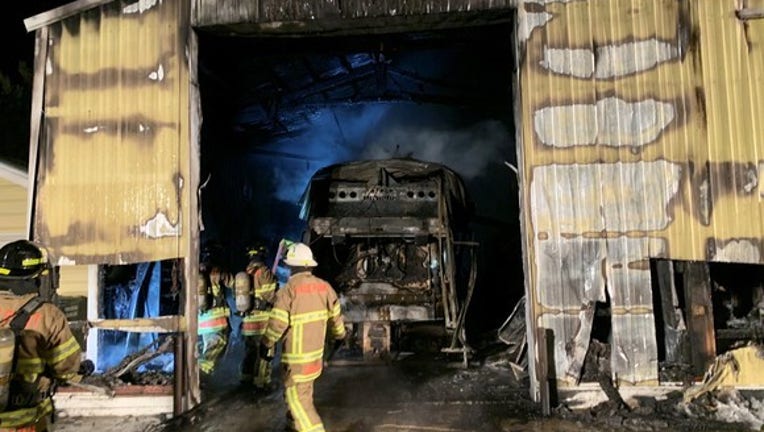 A fire broke out at a shed at Tom's Refuse in Milwood Township, Minnesota, according to the Stearns County Sheriff's Office.

Just before 11 p.m. Thursday, the sheriff's office received a report of a fire at Tom's Refuse in the 38000 block of Thunder Road.

A man who was staying in a camper near the shed discovered the fire when he went to check the electrical breakers because his camper had lost power.

Officials say the shed and the items inside were heavily damaged. No one was injured.