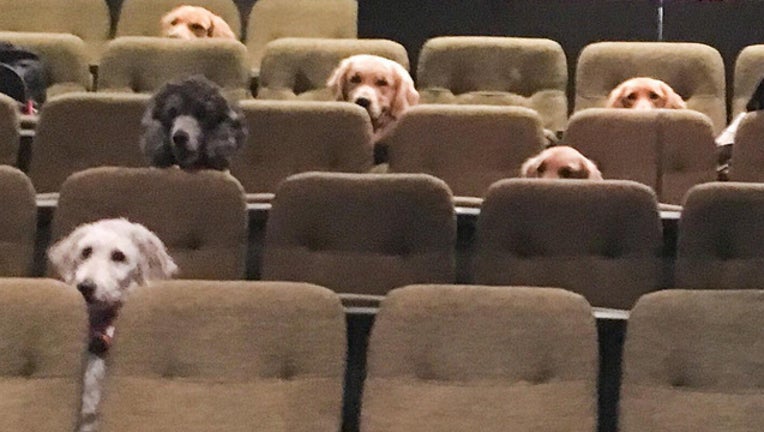 A group of service dogs enjoyed a performance of "Billy Elliot" at a Canadian theater, as pictured in a group photo of the pups that went viral!

The goal for the day was to train service and therapy dogs to be able to accompany their future handlers in a theater environment.

"It's important to prepare the dogs for any activity the handler may like to attend," said Laura Mackenzie, owner of K-9 Country Inn Working Service Dogs, told CBC radio.

The theater offers "Relaxed Performances" for those who would prefer a more casual theater experience. Noise and movement is not monitored, and adjustments to the show can be made to be less overwhelming by way of light, sound, and other effects.

Children, service animals, and those of all abilities are encouraged to attend.

"They were all extremely well-behaved," Stratford Festival spokesperson Ann Swerdfager told CBC radio. "I was in the lobby when they came in, then they took their seats, then got out of their seats at intermission and went back. All of the things we learn as humans when we start going to the theater."