Fellow senior hockey players paid a touching tribute to a Golden Valley man who passed away nearly two weeks ago.

By all accounts, Bob Dolan of Golden Valley, put his skates on every chance he could get.

"He loved hockey as much or more than anybody I've known. He was a seven-day a week-er if he could find ice," said Dolan's longtime friend and fellow hockey player Bruce Johnson. 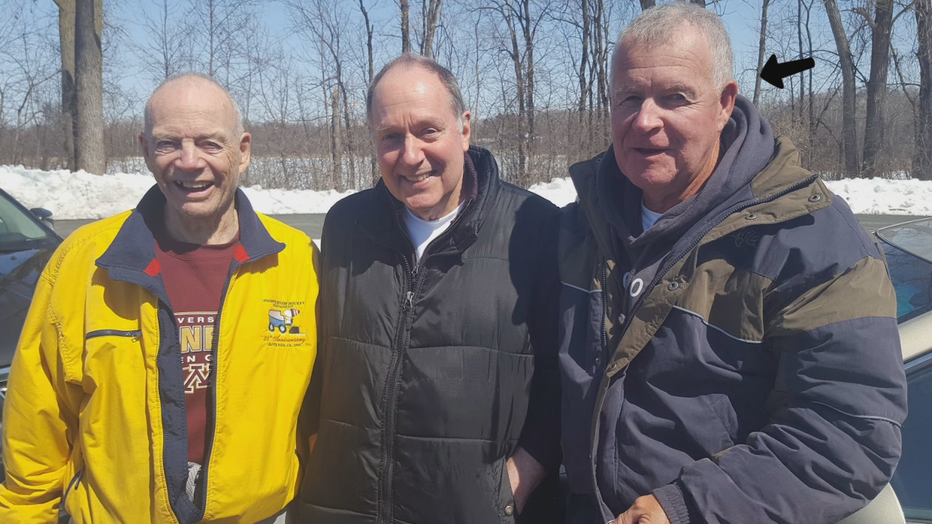 So it's fitting he received a final send off in a way he would appreciate.

For decades, Dolan played with a group of senior hockey players at the Bloomington Ice Arena on Tuesday and Thursday mornings. But family members say, as he was getting ready to go skate with a group at Blake a couple of Sundays ago, the 74-year-old suffered a brain aneurysm and died at the hospital the following day.

"Fittingly Bob's last experience on ice was the last goal that was scored. Coincidence or something else at work. I'm not in a position to answer, but a lot of us feel there was more at work here than just coincidence," said Johnson. 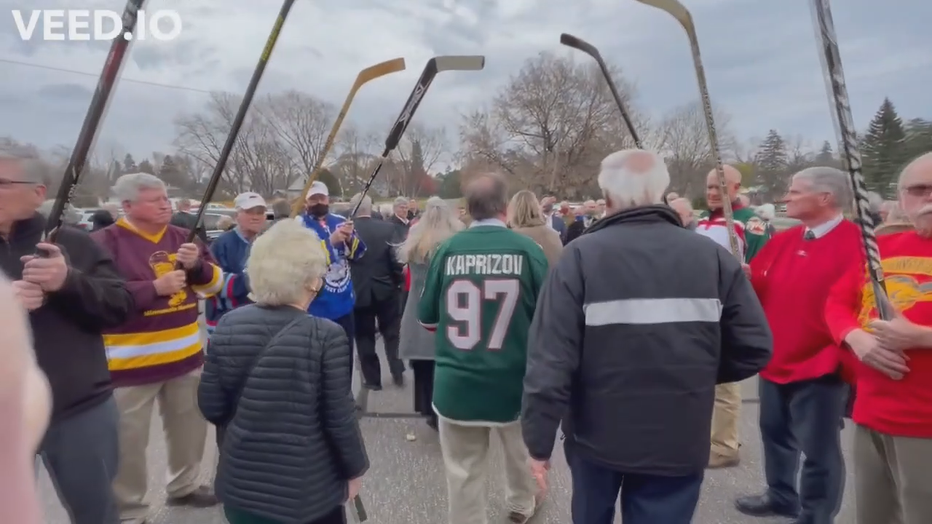 Dozens of Dolan's fellow players created an arch with hockey sticks as his family walked through with his ashes, paying tribute to the 64-year-old.

Dolan's family asked all of the people he had played hockey with over the years to wear their jerseys and bring their sticks to his funeral at St. Margaret Mary Church in Golden Valley last Tuesday.

50 to 60 of them created an arch that his family walked his ashes through after the service as a tribute to the man they shared so much time with on the ice.

"It was absolutely amazing. My dad was always talking about his hockey buddies and all the leagues he's played in. To see them all in-person and the love and enjoyment they had to give that salute was pretty amazing and touching," said Dolan's son Joe.

Dolan's fellow players say hockey gave him much joy over the years and they are grateful their grand gesture meant as much to Dolan's loved ones as it meant to them.

"A great tribute to a great man and a great hockey family," said Johnson.

A group of senior hockey players in the south metro is proving that "age is just a number." Even though they are in their 60s, 70s, and 80s, they are showing no signs of slowing down.