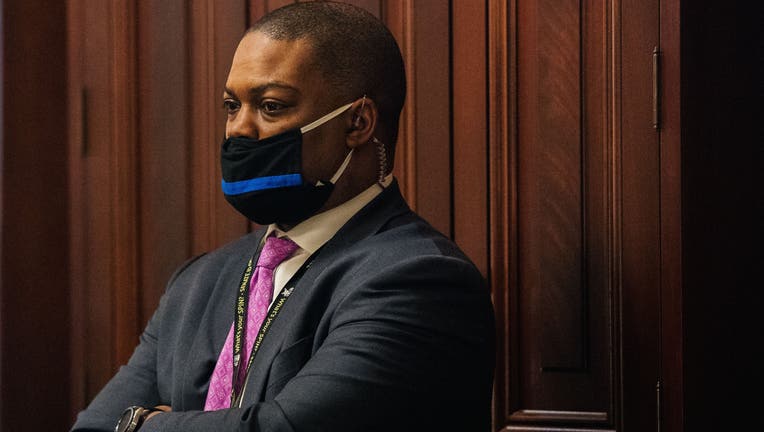 READ MORE: Pelosi announces legislation to award the Congressional Gold Medal to the USCP for actions during Capitol Riot

Goodman was captured on video confronting rioters during the insurrection at the U.S. Capitol on January 6, which delayed their access to the Senate chamber.

Earlier this week during the second impeachment trial of former President Donald Trump, Goodman was shown on surveillance video warning Sen. Mitt Romney (R-UT) of the insurrections who had entered the building.

"By redirecting violent rioters away from the Senate chamber on January 6th, Officer Goodman defended our democracy and saved the lives of senators and staff. He is wholly deserving of the highest civilian honor bestowed by Congress, and I’m glad the Senate acted quickly on our legislation to recognize the quick thinking and bravery of this great Marylander with a Congressional Gold Medal. I urge my colleagues in the House to quickly follow suit," said Van Hollen.

Several other Senators’ cosponsored the bill.

The full text of the bill can be found here.