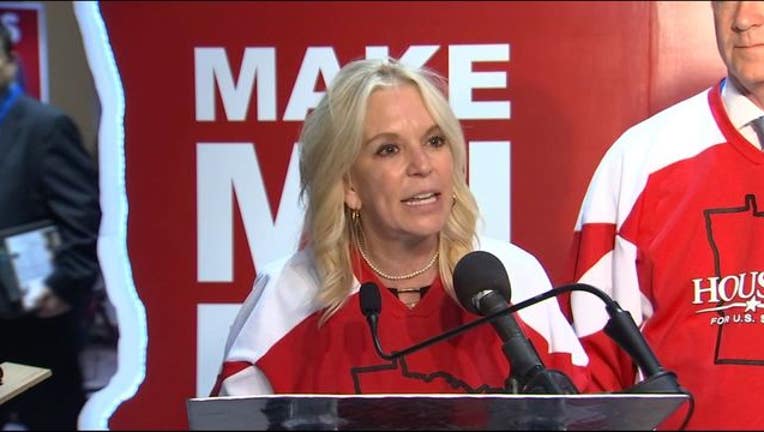 (FOX 9) - Minnesota State Senator Karin Housley announced Tuesday she decided not to run for U.S. Senate and will instead seek another term in the Minnesota Senate.

Last month, Housley said she was considering running for U.S. Senate in 2020.

"After months of consideration, I have decided to seek another term representing Forest Lake, Stillwater, and the surrounding St. Croix Valley in the Minnesota Senate. I will not run for election to the United States Senate," Housley said in a statement. "I love our communities and I love Minnesota – and I'm proud of what we've accomplished in the past seven years. I'm excited to continue that work."

Housley's husband was just hired by the NHL's Arizona Coyotes as an assistant.

"As I enter into a new season of life with my family, I know this is the right decision," said Housley. I am looking forward to joining my husband, Phil, on his new adventure, making memories with my four kids and two grandsons, and continuing to serve the communities I love."