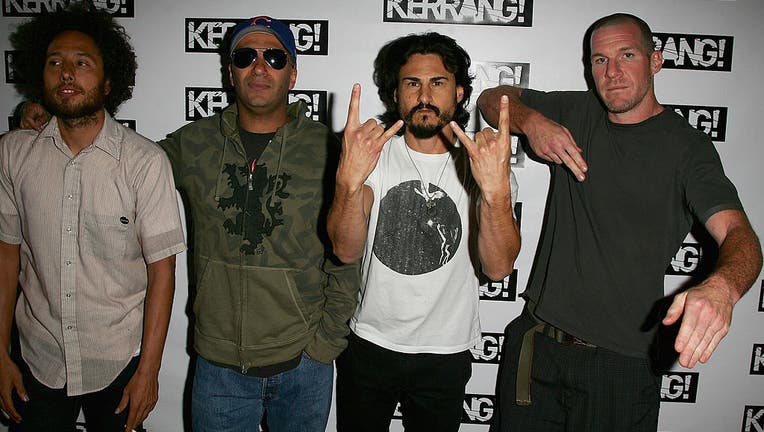 LONDON - AUGUST 21: Rage Against The Machine attends The Kerrang Awards 2008 held at The Brewery on August 21, 2008 in London, England. (Photo by Ferdaus Shamim/WireImage) (Getty Images)

MINNEAPOLIS (FOX 9) - A second show for Rage Against the Machine has been added at the Target Center due to a large demand.

Tickets went on sale Thursday morning for all shows for the band's worldwide tour. This included a May 11 stop at Target Center. This tour marks the first time the band has been on the road together since 2011.

Due to overwhelming demand, Target Center added a second show for May 12. Those tickets are also on sale now.

Rap duo Run the Jewels will join the band during the tour.