What is salmonella infection and what are the symptoms?

People can get infected by eating contaminated food or drinking water, as well as by touching infected animals or their environment.

WASHINGTON - An outbreak of salmonella is affecting nearly two dozen states, according to federal health officials.

“This outbreak is rapidly growing in size," the CDC stated in a release Friday, noting that a specific food item, grocery store or restaurant chain has not been identified as the source of infections. 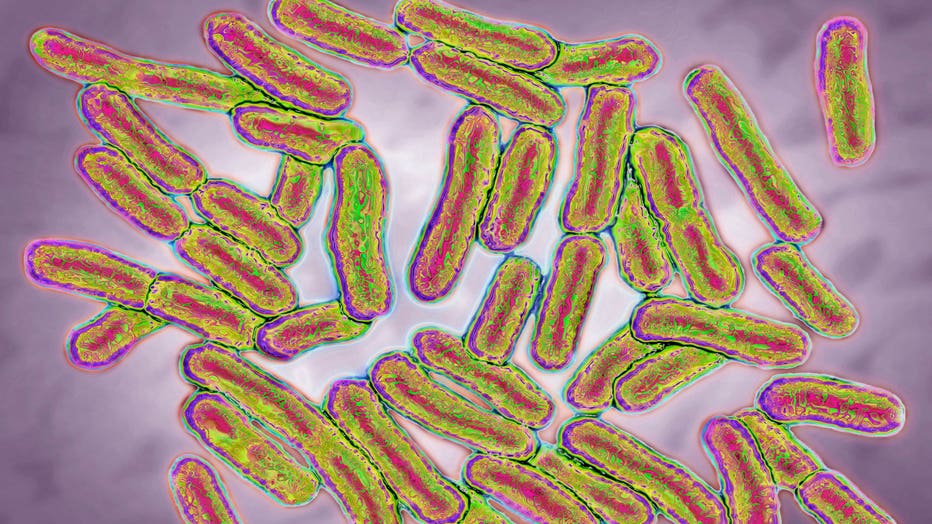 An undated file image shows salmonella bacteria as seen under a microscope. (Photo by: BSIP/Universal Images Group via Getty Images)

Oregon and Utah have reported the most infections, with 51 and 40, respectively. A map of the states affected by the salmonella outbreak can be found here.

The outbreak was first reported on July 10 with 13 cases across three states, according to Fox Business.

Symptoms of salmonella infection typically begin six hours to six days after being infected and may last up to a week.

In rare cases, salmonella infections can be fatal. Those with weakened immune systems, children under 5 years of age, and adults over 65 are more at risk to have severe symptoms.

The CDC asks anyone with symptoms of salmonella infection to report it to their local health department and to keep a record of what foods they ate and where. The information will help public health officials identify the source of the contaminated food and help them stop the spread of this illness.