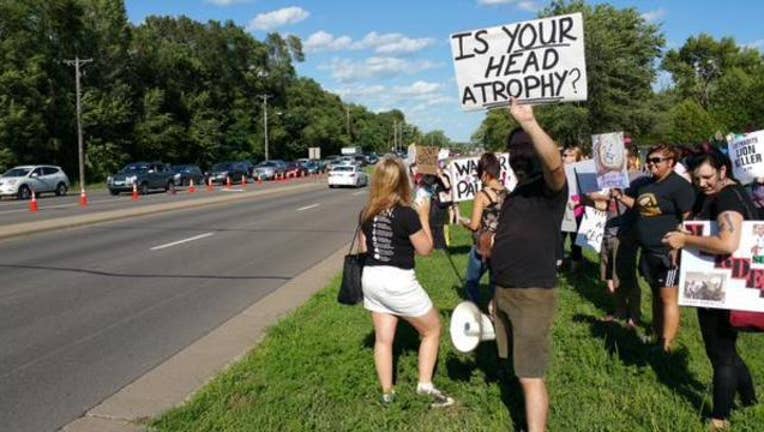 HARARE, Zimbabwe - A lion charged and killed a safari guide who was leading a group of tourists in the same national park in Zimbabwe that was the home of Cecil the lion who was killed by a bow hunter in July.

"One of the lions had cubs and they became hostile. Mr. Swales at first manage to scare the lions away but then the male lion later made a U-turn and attacked him," Charamba told The Associated Press. None of the tourists was harmed, she said.

Swales was leading six tourists on a walking safari when he spotted fresh lion spoor and decided to track a pride of lions consisting of two females, two cubs and two males, according to the Zimbabwe National Parks and Wildlife Management Authority.

Cecil's killing in July by American dentist James Walter Palmer just outside the park sparked outrage in the United States. The collared lions are being monitored for an Oxford University study.

Camp Hwange, the safari company that employed Swales, said the 40-year-old guide succumbed to the injuries on the same day he was attacked.

"He was tracking lions when a male lion unexpectedly charged," said Camp Hwange in the statement issued Monday, adding that Swales was leading a photographic walking safari when he was attacked.

Camp Hwange's Facebook page says it offers game drives and game walks where "game likely to be encountered include all of the cat family, wild dog, elephants and buffalo in huge numbers."

The parks authority said a man who sells curios to tourists was killed by an elephant in the resort town of Victoria Falls, about 100 kilometers (60 miles) from Hwange, also on Monday.