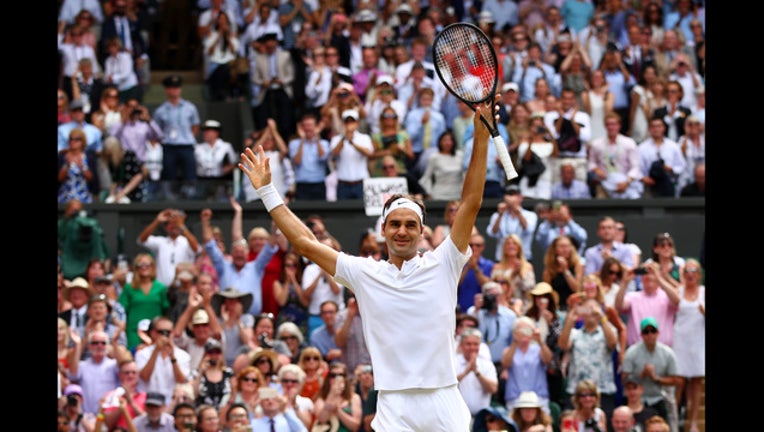 Federer beat Marin Cilic 6-3, 6-1, 6-4 on Centre Court in his 11th final at the All England Club. The win moves him above both Pete Sampras and William Renshaw, who each have won seven titles at the grass-court major.

Federer's previous Wimbledon win came in 2012. He then lost to Novak Djokovic in both the 2014 and '15 finals. His first Wimbledon title came in 2003, and he won the next four after that.

Cilic won the 2014 U.S. Open after beating Federer in the semifinals, his first win over the Swiss player.

Roger Federer has won the second set 6-1 against Marin Cilic in the men's final at Wimbledon.

Roger Federer has won the first set 6-3 against Marin Cilic in the men's final at Wimbledon.

Marin Cilic has started the Wimbledon final by serving first to Roger Federer.

Roger Federer and Marin Cilic are on court for their warmups before the men's final at Wimbledon.

Roger Federer is going for No. 8 at Wimbledon.

The seven-time champion at the All England Club will face Marin Cilic on Centre Court for the Wimbledon title.

Federer last won the grass-court major in 2012. But he won the Australian Open this year for his 18th Grand Slam title.

Federer is 6-1 against Cilic, but the big-serving Croat beat Federer in the U.S. Open semifinals in 2014 on his way to his only major title.