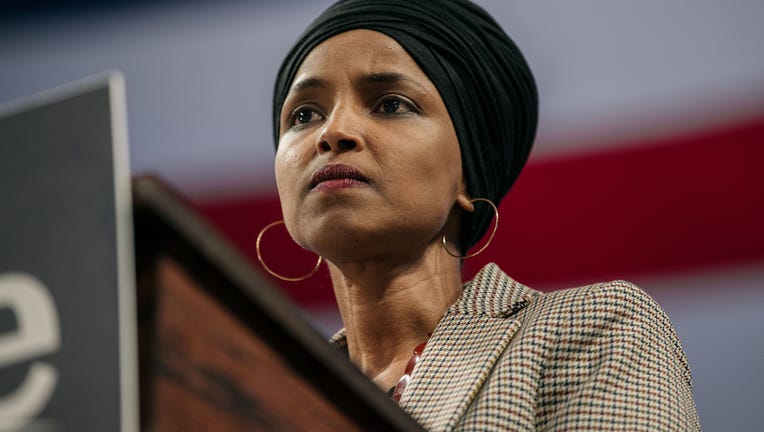 MINNEAPOLIS (FOX 9) - Minnesota Rep. Ilhan Omar says she believes the officer seen kneeling on the neck of Goerge Floyd before his death should be charged with murder.

In a tweet Wednesday afternoon, Omar did not mince words saying, “The police officer who killed George Floyd should be charged with murder.”

Omar joined other Minnesota lawmakers in Sen. Amy Klobuchar, Sen. Tina Smith and Rep. Betty McCollum in sending a letter to U.S. Attorney Erica MacDonald and Hennepin County Attorney Mike Freeman Tuesday night. They asked for investigations into the incident to be completed at the federal, state and local levels and for those involved in the incident to be held accountable.

"Mr. Floyd’s death appears to be yet another horrifying instance of excessive force leading to the death of African Americans across this country," read the letter. "In addition to the obvious state laws that will govern this case, federal law makes it a crime for a state or local police officer to willfully violate a person’s constitutional rights, which includes the use of excessive force.  We also ask that you consider the arresting officer’s past involvement in any other alleged incidents of misconduct."

According to Minneapolis police, Monday night, officers responded to 3700 block of Chicago Avenue South on a report of a forgery in progress. When they arrived, they found Floyd in a vehicle and when they ordered him to get out of the vehicle, he began to resist arrest. A video taken by a bystander showed Floyd on the ground and an officer pressing a knee into his neck. During this, Floyd repeatedly said he could not breathe before he appears to lose consciousness. Floyd was reportedly unresponsive at the scene and without a pulse in the ambulance. He later died at Hennepin County Medical Center.

The case is under investigation by the FBI and Minnesota Bureau of Criminal Apprehension.