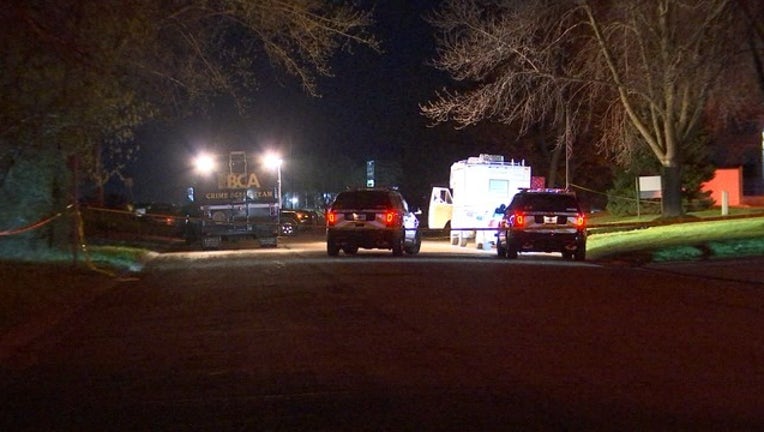 ST. PAUL, Minn. (KMSP) - After reviewing additional evidence in a deadly officer-involved shooting in 2017, the Ramsey County Attorney's Office arrived at its original conclusion that the use of force was justified in the incident.

Last month, the Ramsey County Attorney's Office reopened the case after learning Darren Jahnke made an audio recording on his cell phone, which captured his fatal encounter with Ramsey County Sheriff's deputies. A Minnesota Bureau of Criminal Apprehension agent overlooked the recording during the initial investigation and the audio was never turned over to the attorney's office.

According to authorities, on Easter Sunday last year, Jahnke struggled with several officers in an RV in Vadnais Heights. After Jahnke allegedly disarmed one of the deputies, he was shot in the back of the head.

According to the Ramsey County Attorney's Office, the audio recording "corroborates the deputies' statements" given during the original investigation. In an email released by the attorney's office, Ramsey County Attorney John Choi said, "[T]he recording doesn't provide any information that would change our determination that the use of deadly force by Deputy Andre Rongitsch was legally justified."

Choi goes on to state he has spoken with BCA Superintendent Drew Evans on improving organization of the BCA's investigation files before they are transferred to the attorney's office.

After listening to the audio released Wednesday, the Jahnke family gave the following statement:

The family of Darren Jahnke, who was killed by police on April 16, 2017, met with representatives of the Ramsey County Attorney’s Office this morning to finally hear a recording of Darren’s fatal encounter with Ramsey County Sheriff’s Deputies made by Darren on his cellular telephone.  The family has sought his cell phone and other possessions since the day the Bureau of Criminal Apprehension (BCA) announced that the investigation into Darren’s death was concluded.  The day before the family was scheduled to be able to pick up Darren’s possessions, the BCA announced that the recording from his cell phone was never examined and the investigation was reopened.

On the recording, Darren can be heard speaking in polite and measured tones while asserting his rights and declining to leave the recreational vehicle he was repairing because deputies did not have a warrant.  He expressed that he did not feel safe.  The recording shows that statements by the Ramsey County Sheriff’s Office that Darren was yelling or threatening the deputies with a bucket of human waste were absolutely false.

Despite not having a warrant or any other legal basis for entering the recreational vehicle, deputies entered and physically accosted Darren.  He can be heard at the end of the recording pleading not to be shot.  “The contents of the audio recording make it clear that Darren did not have to be killed” said Darren’s mother, Ann Jahnke.

“The Ramsey County Sheriff’s Office, Medical Examiner, BCA, even the County Attorney’s office have prolonged the investigation, distorted the facts and attempted to smear my brother’s reputation” said Darren’s sister, Jenny Vance.  She added, “They have made this process as cruel as possible for our family and all but ensured that Darren will get no justice.  Darren was a gentle soul who enjoyed baking, carpentry, and creating things with his hands.  He should not have been taken from us.”

Darren Jahnke was repairing his best friend’s motorhome in Vadnais Heights on Easter Sunday, April 16, 2017 when he was killed by Ramsey County Sheriff’s Deputies.  Four deputies entered the vehicle without a warrant or call for service.  Within seconds, Darren was dead.  He was 47 years old.  Darren’s family was not notified of his death until three days later and only after they repeatedly called law enforcement agencies.  Since then, they have struggled to learn the truth about what happened to Darren."