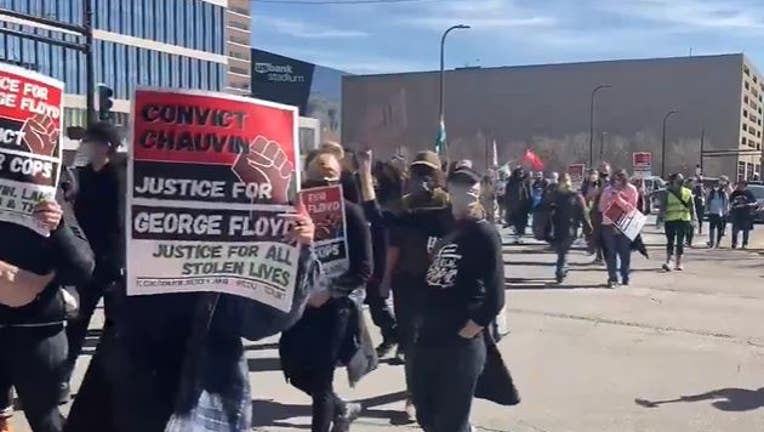 The Derek Chauvin trial started Monday at the Hennepin County Governement Center with jury selection planned, but the selection was delayed. Prosecutors want to ask the Court of Appeals if the court can continue with jury selection and motions while a petition to the Minnesota Supreme Court on a third-degree murder charge in the case is pending. Judge Cahill said they may not get an answer from the court until tomorrow.

Hundreds of activists gathered in downtown Minneapolis Monday morning to demand justice for George Floyd as the trial of ex-officer Derek Chauvin begins.

An aerial view of protesters who gathered in Minneapolis demanding justice for George Floyd as the Derek Chauvin trial begins.

Barricades and barbed wire are in place around the Hennepin County Government Center and Minneapolis City Hall. Security measures will also be going up around other city infrastructure, such as the police precinct buildings.

Officials say their goal is to preserve the First Amendment right of people to peacefully protest while preventing large-scale violent disturbances during the trial.