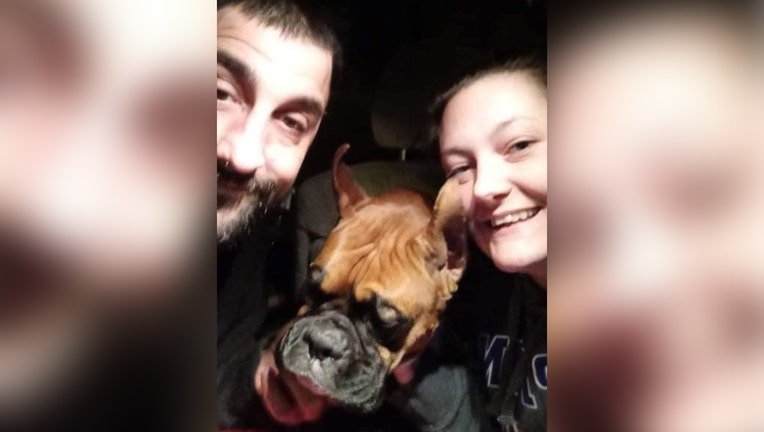 Jasper, a 2.5-year-old boxer, who was inside a van when it was stolen over the weekend has been reunited with his family.  (Michelle Baker / FOX 9)

SOUTH ST. PAUL, Minn. (FOX 9) - A prize-winning show dog that was inside a van when it was stolen from a hotel in South St. Paul over the weekend has been found safe, according to the dog’s owner.

Michelle Baker told FOX 9 she found her 2.5-year-old boxer, Jasper, on Monday inside van where the man who had stolen dumped it on Saturday.

Jasper’s owner, Michelle Baker, was in town for the Land O’Lakes Kennel Club Dog Show that was taking place at the St. Paul RiverCentre. She told FOX 9 she left her van running in the parking lot of the Envision Hotel while she went inside the hotel to grab a cup of coffee. The hotel believes a man who was waiting the lobby for a taxi stole the van, with Jasper still kenneled inside

An Illinois woman is offering a $5,000 cash reward to find her prize-winning boxer. Jasper was in the back of her van when it was stolen Saturday morning outside a South St. Paul hotel.

St. Paul police and Baker shared surveillance video of a man who may have information about the theft on Monday. Within 15 minutes of her releasing the photo, Baker said a childhood friend of the man called her and provided two addresses for him.

Baker said they drove to one of the addresses and talked to the man, who told them he had driven the van to where the cab was doing to take him and ditched it. He said he did not know a dog was in the back. 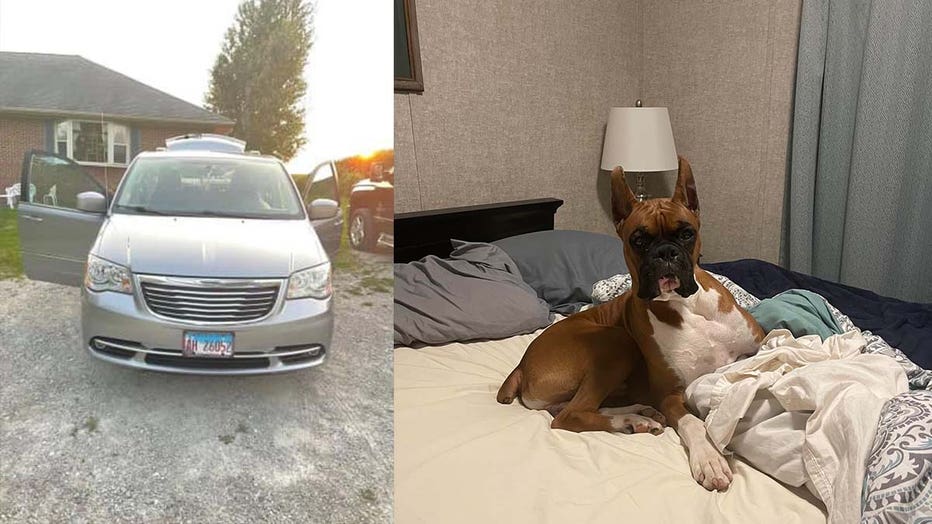 Jasper was in a kennel in the back of his owner's van when it was stolen Saturday morning.

Baker said they went to the location, where they found the van with Jasper still locked inside. He was cold and hungry, but otherwise OK, she wrote on Facebook.

Police are expected to release additional information about the theft at a later date.