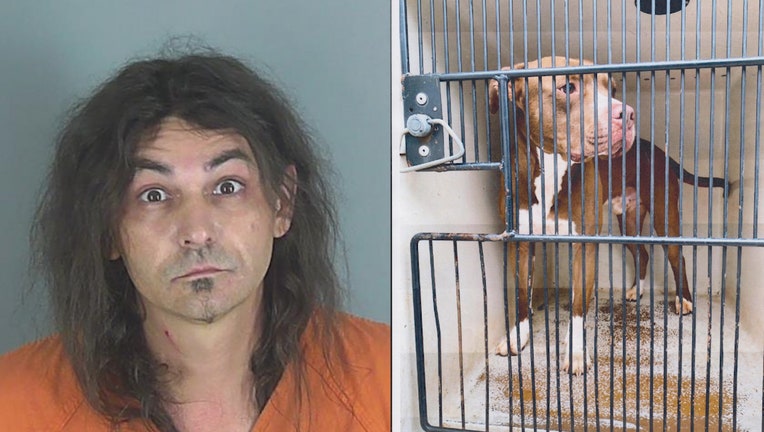 SPARTANBURG, S.C. - South Carolina authorities said a man tossed a dog over a bridge, claiming "witches" told him to do so.

A witness described the man’s actions.

Officers searched under the bridge and found a man holding a canine in a chokehold. They then removed the male, brown-and-white pitbull-type canine from the man.

RELATED: Woman attends rodeo, gets struck by bull and realizes she has cancer

The suspect was identified as 43-year-old Shannon Lee Cantrell. Authorities said Cantrell identified himself as the dog’s owner and said that "witches" told him to throw the dog from the bridge into the water below.

He did so twice and the distance measured out at 34 feet, according to authorities.

Officers said Cantrell released ownership of the dog to Spartanburg County. They said the dog was wet from the water below and was "clearly shaken by the incident."

The 1-year-old dog did not show any visible injuries and is now at the Greenville County Animal Care for assessment.

Cantrell was transported to the Spartanburg County Dentition Center where he faces an animal cruelty charge.