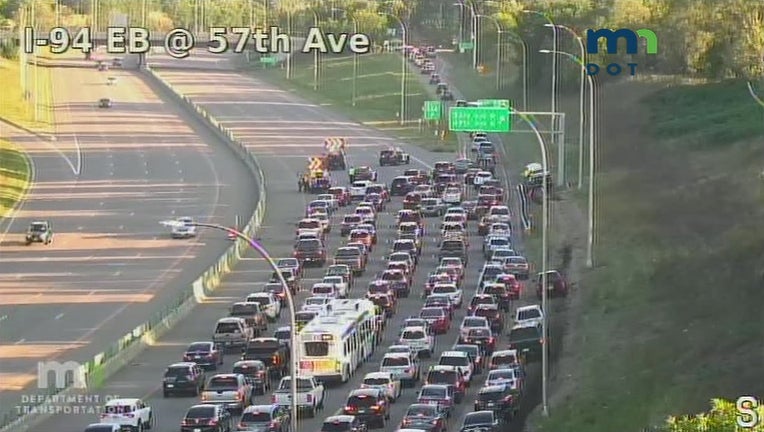 A homicide investigation on I-94 in Minneapolis has created a massive backup along eastbound lanes at the Brooklyn Center border. (Supplied)

All lanes of I-94 east at I-694 in Brooklyn Center were being diverted off the highway following the shooting around 5 p.m.

Police say the incident started on Dowling Avenue when a dispute between two men resulted in a shooting. Both men drove away from the scene, with the victim driving onto I-94 eastbound. The man eventually went off the roadway and hit a meter light before coming to a rest at the median.

When officers arrived on scene, the victim - a man in his 30s - didn't have a pulse and wasn't breathing. Officers attempted CPR and treated the wounds before the man was transported to North Memorial Medical Center, where he died.

Police detectives and members of the Minneapolis Crime Lab responded to the scene for the investigation.

The shooting marks the 61st homicide in Minneapolis this year.

Anyone with information on the deadly shooting is asked to call CrimeStoppers at 1-800-222-TIPS (8477) or visit www.CrimeStoppersMN.org.