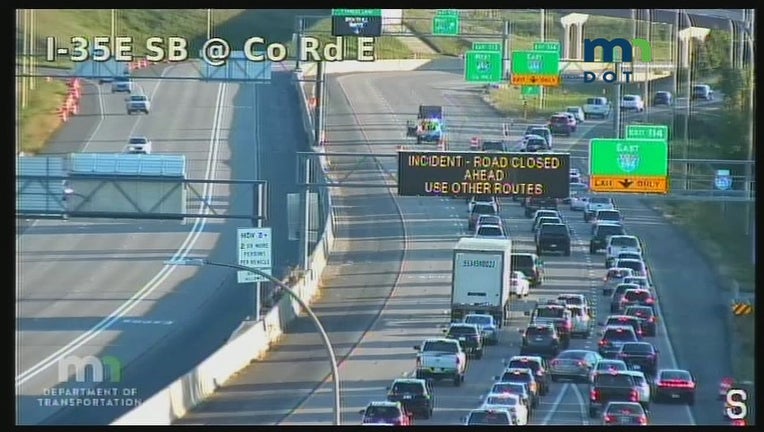 Southbound traffic along I-35E is being diverted before I-694 as the highway remains blocked after some type of police situation.

LITTLE CANADA, Minn. (FOX 9) - Traffic is flowing again in both directions after a police incident shut down I-694 at I-35E on Wednesday evening.

Traffic in Little Canada and Vadnais Heights where I-694 meets I-35E ground to a halt around 6 p.m. for about an hour.

According to Minnesota State Patrol, the incident started as a call for a pedestrian walking along the highway. But, when troopers arrived they saw he had a gun and say he ran away.

After bringing in a negotiator, troopers say the man was eventually arrested without incident and taken for mental health evaluation.