MINNEAPOLIS (FOX 9) - A 35-year-old man has been identified as the driver of a car that drove into a group of protesters in Uptown Minneapolis over the weekend Sunday night.

According to the Minneapolis Police Department, Nicholas Kraus has been arrested and booked into the Hennepin County Jail for probable cause criminal vehicular homicide.

People gathered for a vigil in honor of Deona Marie, who was killed when a driver drove into a group of protesters in Minneapolis late Sunday night.

Sunday night, protesters gathered at the parking ramp where Winston Smith Jr. was shot and killed by a U.S. Marshals task force on June 3, demanding charges against law enforcement in the deadly shooting. Around 11:39 p.m., officers saw a Jeep Cherokee drive into the group of protesters, striking multiple people.

People at the scene said the group grabbed the driver from the vehicle and he was later taken into custody by law enforcement. 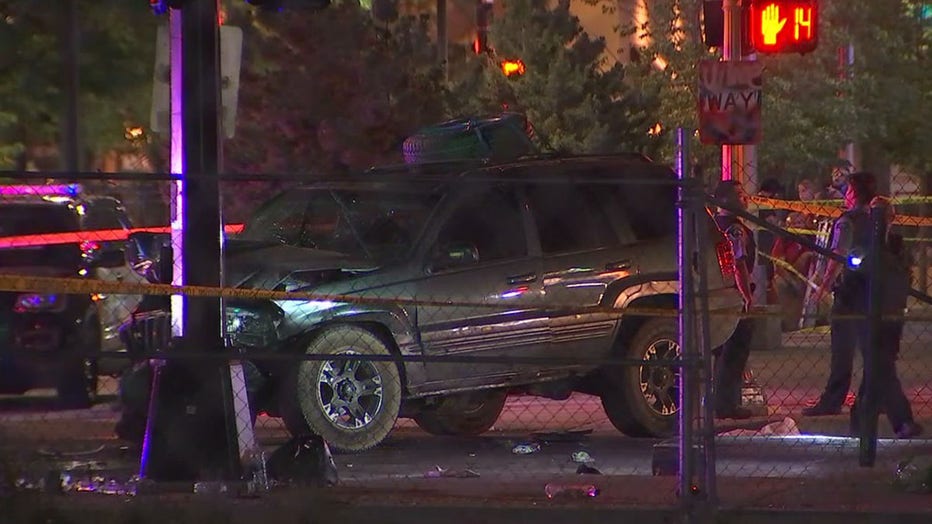 A driver plowed their SUV through a group of protesters in Uptown Sunday night, killing one woman and injuring three other people.  (FOX 9)

A woman, identified as 31-year-old Deona Marie, died from her injuries. Three other people suffered non-life-threatening injuries in the incident.

A motive for the incident is still under investigation and charges have not yet been filed against the suspect, but police said drugs and alcohol may have played a factor.