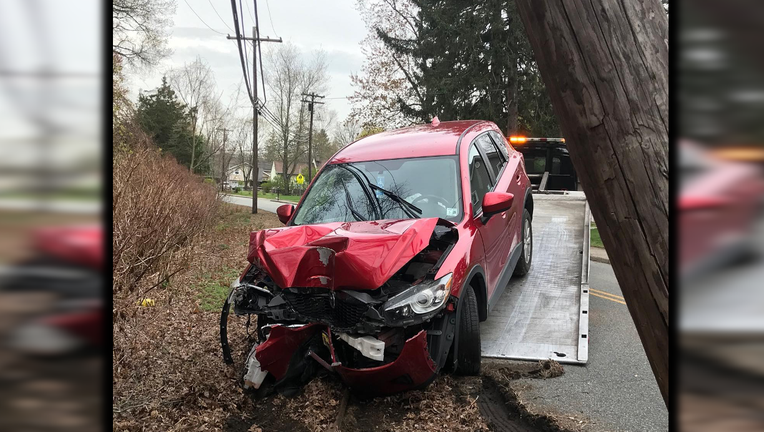 LINCOLN PARK, N.J. - A New Jersey police department says what officials called “excessive” wearing of a medical mask is believed to have been a factor in a single-car crash after the driver and sole occupant of the vehicle passed out behind the wheel.

The Lincoln Park police department said the driver had been wearing the N95 medical mask for several hours and passed out “due to insufficient oxygen intake/excessive carbon dioxide intake.”

Officials said masks should be used in public but aren't necessary “when driving a vehicle with no additional occupants.”

After the initial post created some concern and confusion, police reminded the public that "NJ residents should absolutely continue to follow the directives regarding face coverings put in place by our Governor."

No alcohol or drugs were found at the scene of the accident, which lead police to conclude that it wasn't caused by driving under the influence.

Officials later added that some other medical reason could have contributed to the crash.

Philadelphia region could be one of last area to reopen in Pa.