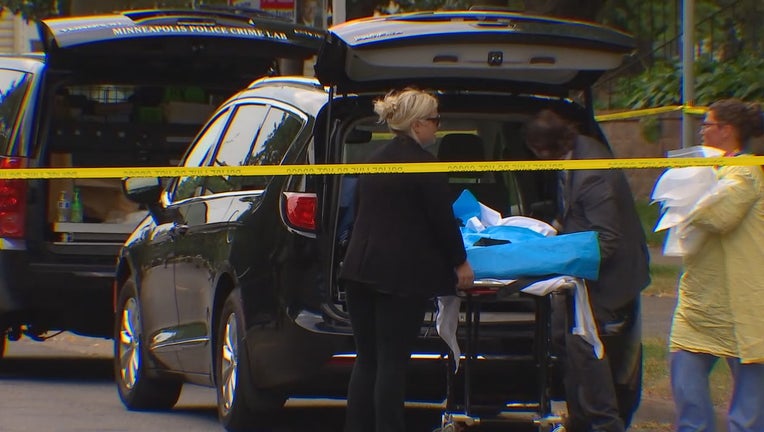 Investigators were out throughout the day after body parts were discovered Thursday in a Minneapolis neighborhood. (FOX 9)

MINNEAPOLIS (FOX 9) - Officers say they have made an identification after body parts were found Thursday in a Minneapolis neighborhood.

Officers say they have made an identification after body parts were found Thursday in a Minneapolis neighborhood.

The events leading to his death are still unclear but officers believe his killing was recent. They wouldn't say if the body parts found had been frozen or preserved in some way.

The remains were discovered Thursday morning shortly after 9 a.m. along the 300 block of Main Street. More parts were also discovered a short time later on 3rd Avenue NE at University Avenue, not far from the first site.

It's unclear exactly how many and which parts were discovered, but FOX 9 crews saw what appeared to be a severed leg lying in the open on a patch of grass Thursday. Police say not all of the body parts have been recovered.

Officers say Johnson's family has been notified of his death. The investigation into the killing is still ongoing and police are asking for anyone with tips to contact the department.