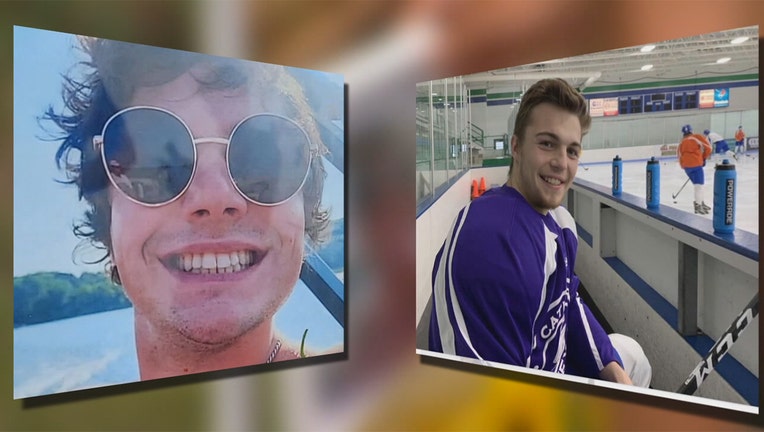 ORONO, Minn. (FOX 9) - Prosecutors have offered a plea deal to the driver involved in a deadly crash in Orono over the summer that killed Sam Schuneman and Mack Motzko, son of Minnesota Gophers hockey coach Bob Motzko.

James Blue, 51, is charged with two counts of third-degree murder in the July 24 crash as well as criminal vehicular homicide. Motzko, 20, and Schuneman, 24, were passengers in Blue’s Bentley when it went off the road on the 3100 block of North Shore Drive around 11:30 p.m. Police said Blue’s blood alcohol content was more than twice the legal limit at the time of the crash.

The state said Blue can plead to two counts of third-degree murder with a sentence range of 10.5-12.5 years, but Blue’s attorneys said they are not ready to decide.

The defense said they need more time to complete its investigation of the crash, including the possibility of "unintended acceleration" before deciding on a plea deal.

The charges allege the victims had been at a party at Blue’s home and he had decided to take them for a ride to show off his Bentley, despite witnesses telling him it was not safe to do so. Blue had reportedly been driving between 94 and 99 mph on a windy road lined with trees when the crash occurred.

Prosecutors say Blue admitted to drinking prior to the crash and was apologizing at the scene and saying he was guilty.  He later admitted eating THC gummies as well.

A tentative trial date is set for April 18.