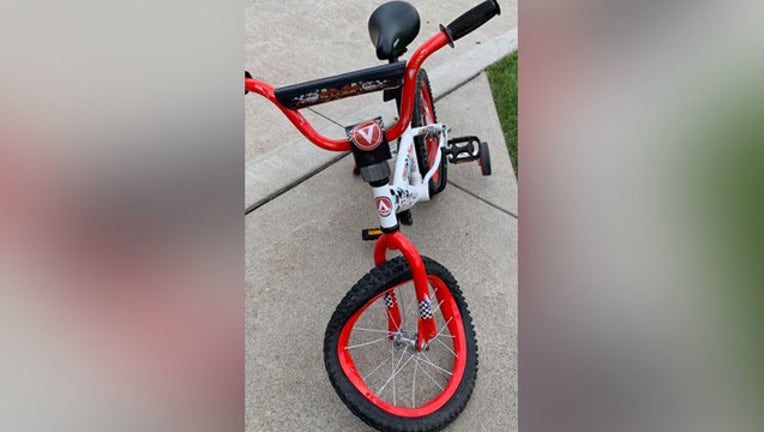 WEST LIBERTY, IOWA (FOX 9) - The West Liberty Police Department in Iowa is reminding people to be cautious of young bike riders after an incident involving a 6-year-old boy occurred Monday.

The boy, who was not wearing a helmet, rode his bike into the side of a moving truck, according to a post on the department’s Facebook page. A parked vehicle in the driveway obstructed the view of the truck driver involved in the crash. The boy received a few scrapes and likely suffered a concussion.

An officer drew attention to the incident by posting a photo of the boy’s mangled bicycle. The bike’s front wheel was bent and twisted. Police hope by sharing the image, they will encourage drivers and kids to be more attentive.

“He took off excited today to catch up with friends, not wearing his helmet and not being aware of his surroundings,” police wrote. “Thank goodness it was not a spilt second sooner or it could have been much worse.”

Police also remind parents to make sure their kids are wearing helmets.