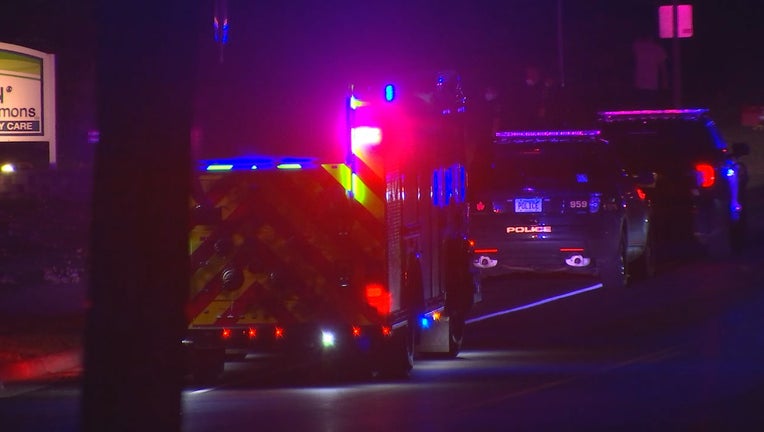 Police investigate after a pedestrian was fatally struck in Maplewood, Minnesota.

MAPLEWOOD, Minn. (FOX 9) - Police are investigating after a pedestrian was struck and killed in a hit and run Saturday night in Maplewood, Minnesota.

According to police, at about 8:30 p.m., officers responded to a crash on the 1200 block of Lakewood Drive North. When they arrived, authorities found the pedestrian in the road and began providing aid. However, the victim was declared dead at the scene.

The suspect vehicle fled the scene and likely has heavy front-end damage.

A witness reported a second vehicle being driven by a male that may have witnessed the incident pulled over briefly, then left the scene. The witness vehicle was described as a black sedan.

Maplewood Police are asking for help in locating both the striking vehicle as well as the witness.  Anyone with any information is urged to contact Sgt. Joe Steiner at 651-249-2608 or Joe.Steiner@maplewoodmn.gov.