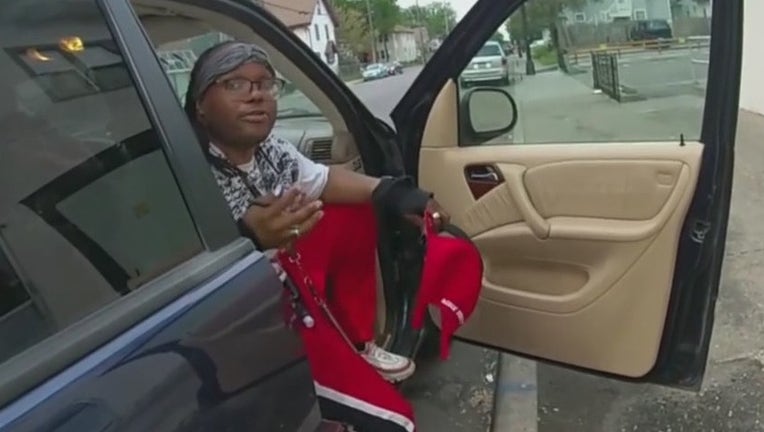 MINNEAPOLIS (FOX 9) - The passenger in George Floyd’s car before his deadly arrest has informed the court that he will plead the Fifth Amendment and not testify as a witness in the trial of Derek Chauvin.

In a filing, Morries Lester Hall’s attorney notified the court that their client intended to plead the Fifth Amendment, which gives anyone the right to remain silent and not incriminate themselves.

Security video shows some of the moments George Floyd spent inside Cup Foods prior to arrest. He can be seen talking to staff and other customers.

Witness testimony in the trial of Derek Chauvin began Monday morning and has been ongoing this week. Hall has been seen and heard in multiple angles of surveillance video, police bodycam footage, and City of Minneapolis cameras.

Former Minneapolis police officer Derek Chauvin's body camera video of George Floyd's arrest is shown at trial. Chauvin's camera fell off as they tried to get Floyd into the squad car.

Hall was inside Cup Foods with George Floyd and in the vehicle with him when officers first approached.