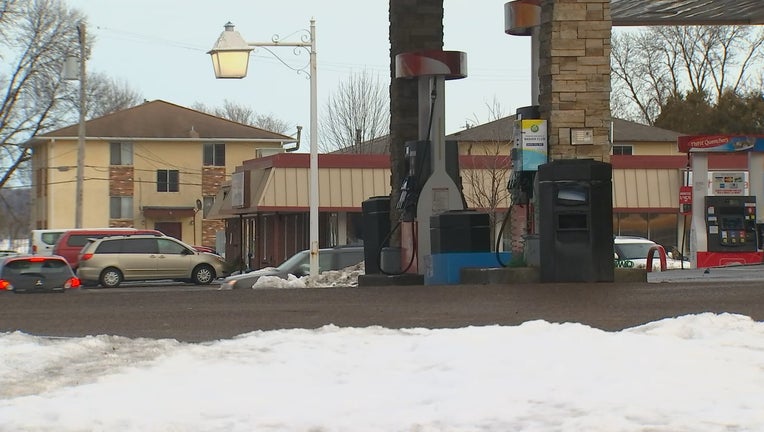 A car was stolen from this Inver Grove Heights gas station with a child inside, but the quick thinking of some paramedics helped save the child and apprehend the suspect.

(FOX 9) - The quick action of three paramedics saved the day last month when a stolen car with a baby inside was reported from a gas station in Inver Grove Heights.

Just after 4 p.m., a grandmother made a stop to fill up her tank at a Speedway on 57th Street in Inver Grove Heights. She left the car running and was inside for just a few moments, but when she came back out, her Jeep was gone with her grandson inside.

Paramedics credited with helping save child from stolen car

The quick action of three paramedics saved the day last month when a stolen car with a baby inside was reported from a gas station in Inver Grove Heights.

A 911 call went out with an M Health Fairview EMS team listening nearby.

"We happened to be scanning on our radios and we heard there was a vehicle stolen at the Speedway that’s about a mile from where we were at," said Craig Anderson, a critical care paramedic.

Then, something remarkable happened.

The three paramedics buckled up and trailed the stolen Jeep, keeping police informed on where the vehicle was headed. Then they trailed the car at a short distance, eventually watching the suspect pull into a parking lot about two miles from where the whole ordeal began.

The driver turned off the car and walked away. The police arrived on the scene and arrested the man, who was later charged with theft of a motor vehicle.

Now, the paramedics are being honored with the Chief’s Award for their heroic efforts.

"I would’ve done this no matter what, award or not award, cause we’re just out to help. We just want to help people," said Anderson.

DeDee, the grandmother, said she thanks all of the paramedics for their quick actions, stopping what could have been a much worse situation.