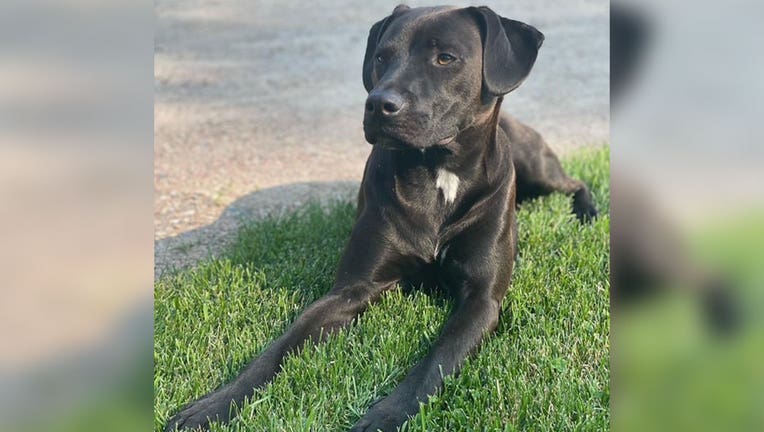 RICHFIELD, Minn. (FOX 9) - Dogs are man's best friend, but two-year-old Victor is more like a family member to Lucas Albers.

"He's super, super caring. He's loving… anyone that would ever meet him would know that he's a good dog," said Albers.

Owner desperately searching after dog is stolen in Richfield

Dogs are man's best friend, but two-year-old Victor is more like a family member to Lucas Albers.

In the blink of an eye, his beloved lab-mix was stolen from him on Friday afternoon while running errands.

As he was checking out of Richfield Liquor on Cedar Avenue South, he saw a man open the door of his car, which was running, and drive away with Vic. He jumped on the vehicle and ran after it, but the suspect sped off.

Albers says it appears two people were working together in the theft. He believes the accompanying vehicle that dropped the man off who stole his car was driving a Black Chevy Silverado with chrome accessories, chrome bed rails, no front license plate, and a paper temporary plate on the rear.

"Watching the security camera footage, they seemed to be in an adjacent lot, waiting for an opportunity," said Albers.

His car was located later near Hamline University in St. Paul, covered in muddy paw prints, but there was no sign of his dog.

Now working with The Retrievers, a local volunteer group dedicated to finding lost dogs, he's making signs and canvassing neighborhoods, doing everything he can to bring Vic back home.

"I made a promise to him that I would always take care of him, and that's been running through my mind ever since because he's not in a safe place right now," said Albers.

Vic is about 50 pounds and is microchipped.