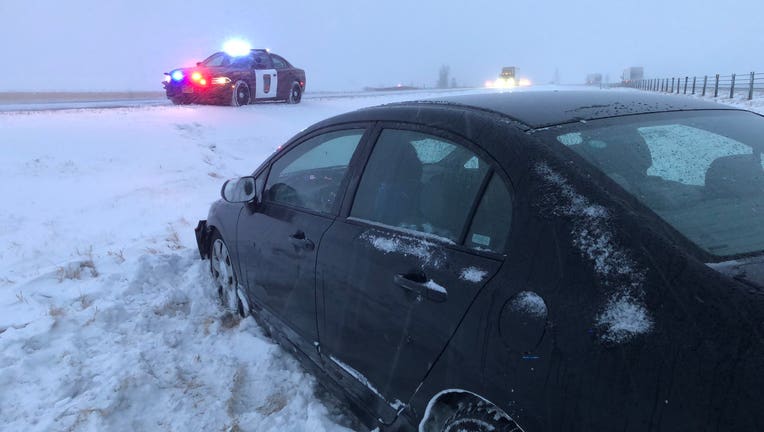 A crash in the West Central Region of Minnesota. (Minnesota State Patrol)

(FOX 9) - The Minnesota State Patrol responded to over 200 crashes and over 230 spinouts as Tuesday’s winter weather left roads in snow covered and slippery.

Crews work to clear roads after Tuesday snowfall in Minnesota

Crews worked to clear the roads after another round of snow Tuesday in much of Minnesota.

The State Patrol said 212 crashes were reported on Minnesota roads between noon Tuesday and 8 a.m. Wednesday. Twelve of those crashes involved injuries, including one crash that led to a fatality in Faribault County. There were 236 spinouts and six jackknifed semis overall.

The fatality occurred on I-90 near Highway 169 just after 4 p.m. Tuesday. The victim was a 42-year-old Windom man who was driving a Chevy Camaro. He was not wearing a seatbelt.

MnDOT traffic cameras showed a few inches of snow accumulating on roads from Iowa to northern Minnesota Tuesday afternoon into the evening.

According to the State Patrol, roads were snow covered and slippery throughout the day.