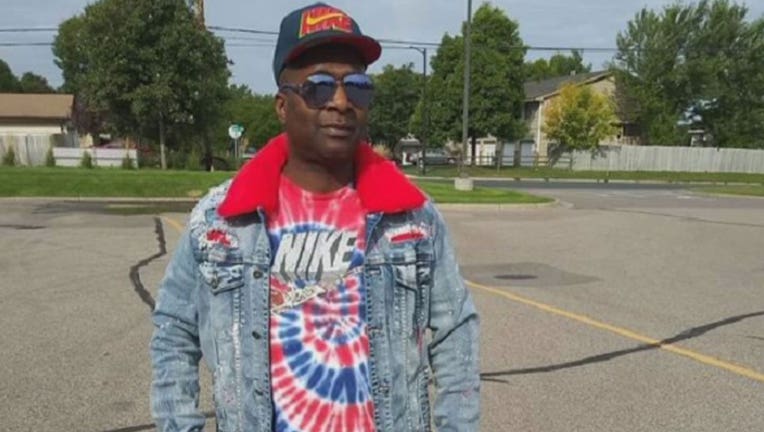 Friends say Sean Gist was the victim of the crash overnight on Lyndale Avenue in Minneapolis. (Supplied)

MINNEAPOLIS (KMSP) - Coming together to honor his life, friends and family of 52-year-old Sean Gist say they know how he would want to be remembered.

"It's going to be more like a party. We've got the whole block taped off," said friend Larnell Rhea.

One week later, friends and family still waiting for answers in deadly hit-and-run

Coming together to honor his life, friends and family of 52-year-old Sean Gist say they know how he would want to be remembered.

With music, food, balloons, and candles, they gave Gist, who went by Gino, one more party at the spot where he was killed one week ago.

"All of his friends that love him are going to be together, and we are just going to reunite in unison... just celebrating the life of Gino," said Rhea.

Ed Neely knew Gist for nearly his entire life. The two grew up together in Detroit.

"When somebody from Detroit calls you at 6 in the morning, it's not good news. It's not to say 'Good Morning'," said Neely.

Neely's lifelong friend was taken away after authorities say the driver of a stolen minivan swerved and struck Gist when he was standing outside near 46th and Lyndale Avenue North early last Thursday morning in north Minneapolis.

After hitting him, the minivan sped south on Lyndale, smashing head-on into a semi-truck that was driving north. The driver ran away from the scene, leaving behind a passenger who was taken to the hospital.

Gist was pronounced dead at the scene.

"That's the part that breaks my heart...they jumped out and ran," said Neely.

Now, those close to him say they won't have closure until they have answers.

"Let the family have some peace so we can all move on and mourn in peace," said Tim Miller.

As of Thursday afternoon, Minneapolis Police say the suspect in this case is not in custody.

The case is still under investigation and anyone with information is asked to call Crime Stoppers of Minnesota.