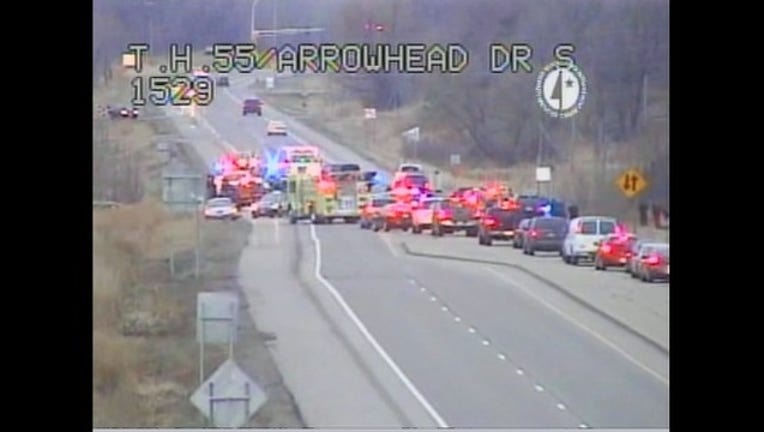 One person is dead and three other are in the hospital after a crash in Medina on Monday night.

The crash occurred around 7:30 p.m. on Highway 55 near Mohawks Drive. It involved four cars, carrying seven people in all.

The Hennepin County Sheriff's Office along with Medina Police and the Minnesota State Patrol are investigating.