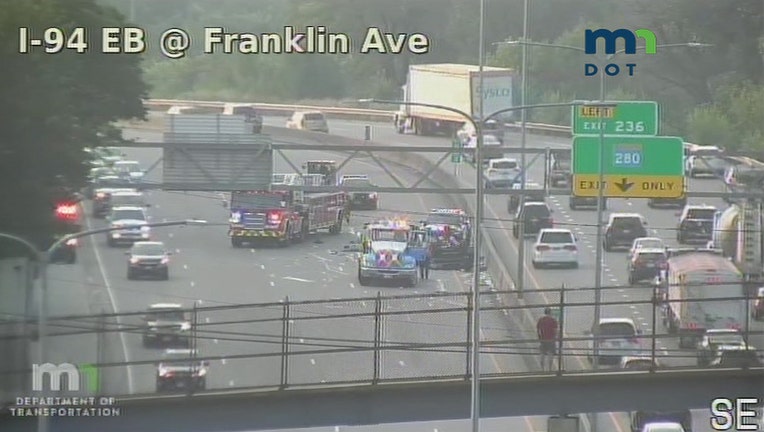 The Minnesota State Patrol is investigating a fatal crash on I-94 in Minneapolis Wednesday morning.  (MnDOT / FOX 9)

MINNEAPOLIS (FOX 9) - A 47-year-old man died Wednesday morning after being thrown from a vehicle during a crash on I-94 in Minneapolis.

First responders were called to the area of I-94 and Franklin Avenue just after 7 a.m. for the crash. At the scene, Minnesota State Patrol says its investigators found a Ford Explorer had been headed westbound when the vehicle rolled over, resulting in the driver inside being ejected.

Troopers say the victim was not wearing a seat belt at the time of the crash. A passenger who was belted in also suffered minor injuries in the incident. No other vehicles were involved in the crash.

At this time, it's unclear what caused the vehicle to roll over.

The investigation into the crash is ongoing. The victim has not yet been identified by authorities.