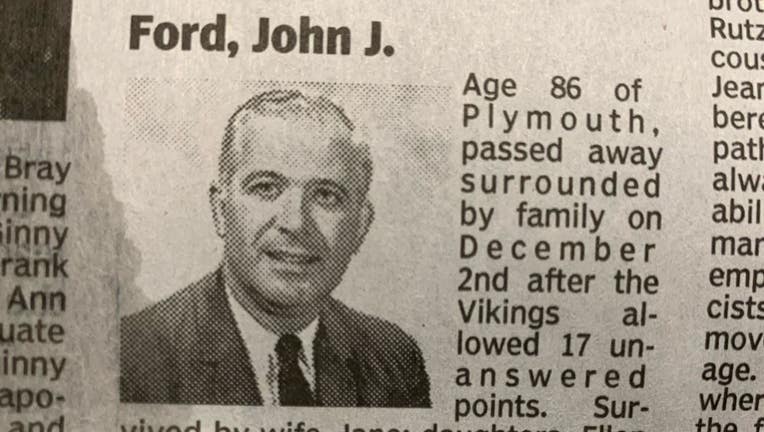 The man died surrounded by family who all appeared to be watching Monday Night Football. (Star Tribune - Dec. 5)

In the Thursday edition of the Star Tribune, an obituary for the late John J. Ford said he died after Minnesota’s rough performance on Monday Night Football.

“Ford, John J. Age 86 of Plymouth, passed away surrounded by family on December 2nd after the Vikings allowed 17 unanswered points," reads the sentence.

Ford was survived by his wife, three daughters, six grandchildren, one great-granddaughter and his sister. His funeral is scheduled for Friday.