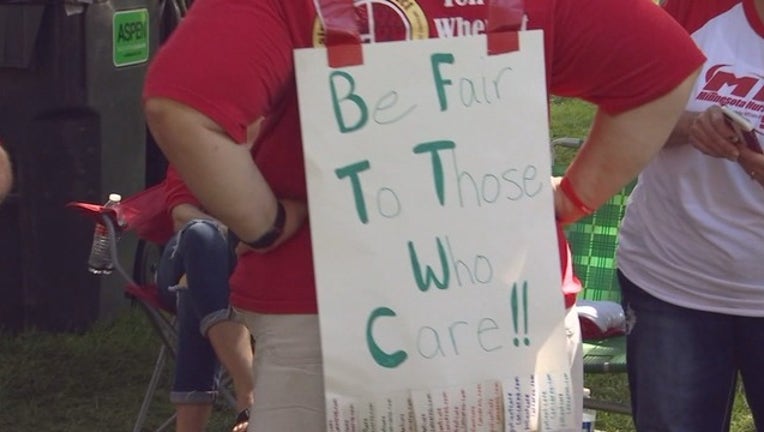 The two sides also came to an agreement earlier in the month on the issue of workplace violence.

MNA nurses were "able to push hospitals to recognize they needed new provisions, including language that prevents a nurse from continuing to care for a patient who has assaulted him or her, three days paid time off for serious injuries before worker's compensation pay takes effect, and immediate debriefs after a violent incident to allow for investigation and prevention of future assaults," according to a release.

Additionally, Fairview nurses won an agreement from the hospital that nurses in the cath lab/interventional radiology unit will now be included in the MNA contract.

Nurses are still working with North Memorial and Allina Health on new contracts.

Statement from Andrea Mokros, spokesperson for the Twin Cities Hospitals:

"We are very pleased to have reached tentative agreements at Fairview Health Services, HealthEast and Park Nicollet Methodist Hospital that are fair and equitable. These agreements represent advances in workplace safety, wages and other key issues, and allow hospitals and nurses to continue to provide the very best care to patients every day, together."