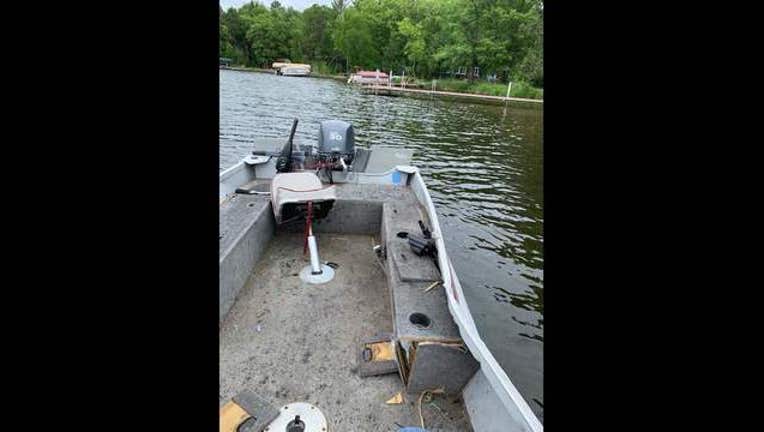 PONTO LAKE TOWNSHIP, Minn. (FOX 9) - Norm Coleman, who is already battling cancer, survived a dangerous boat accident on a lake in northern Minnesota over the weekend.

In a post on his Facebook page, the former senator from Minnesota said he was trolling on Lake Ada Saturday morning when another boat broadsided his.

"I saw a Dad and two kids standing up in their boat, working on some fishing line," he wrote. "The problem was that they were looking down and their boat was about twenty yards from my boat, going full speed and heading right at me."

Coleman and two children in the other boat all went into the water. He said he was wearing an auto-inflate life vest. The two children also had on life jackets.

"The kids were also thrown from their boat—and thank God they also had on life jackets," he said. "In the end, we all survived—a little shaken, but unbloodied."

Coleman said he usually sits by the outboard motor while trolling, but that morning he was fishing on the bow of the boat.

"Yesterday, the tiller was sheared off and the seat was crushed," he said. "Had I been sitting there I would have suffered the same fate."

Coleman announced he was being treated for lung cancer in August of last year—a few years after battling throat and neck cancer. He underwent surgery, chemotherapy and radiation after his initial diagnosis and was eventually pronounced cancer-free.

In his Facebook post, Coleman said he had been facing mortality quite a bit in his cancer battle over the last few years.

"I dodged a bullet this weekend," he wrote. "Hopefully, I'll continue to stay a couple steps ahead of the Grim Reaper. Yesterday was a powerful reminder that we don't totally control our destiny. I've been worried more about what my next scan at Mayo this week will show, than I was about the chance of something happening to me while fishing on Lake Ada. I continue to put my trust in my Maker-grateful for all the blessings I've had in my life.- and hopeful that I've got more to experience. After all, I've still got a lot of fish to catch."