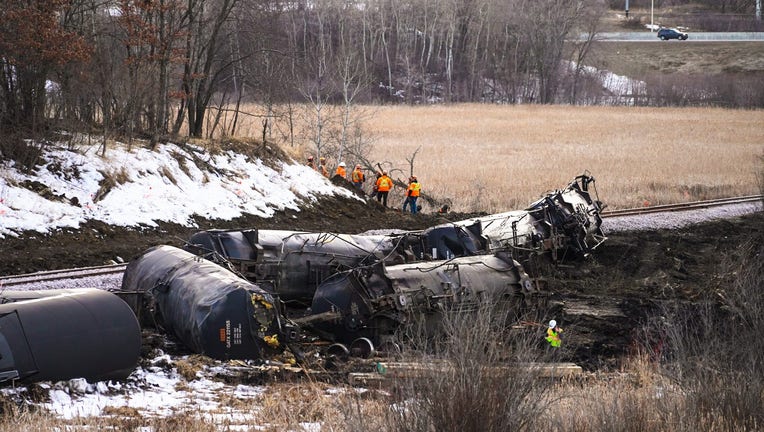 PLYMOUTH, Minn. (FOX 9) - The city of Plymouth says the cleanup effort of a derailed freight train from over the weekend is expected to continue into the summer, which is expected to include a "significant amount of noise."

In a release Tuesday, Plymouth officials warned that the cleanup will continue to be noisy and create "disruption" in the area, which will be closed to the through traffic. The derailment site is near Northwest Boulevard and Pineview Lane, north of Schmidt Lake Road. 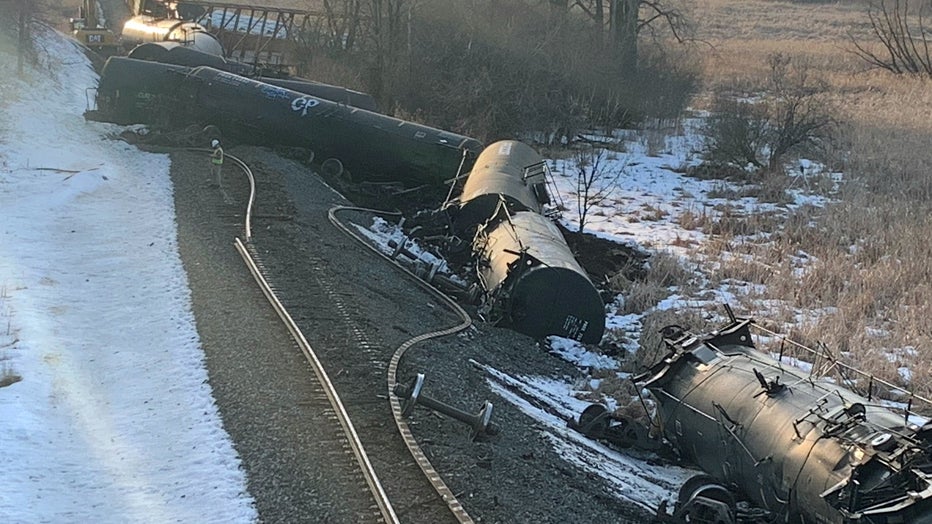 The city says residents in the area of the derailment "should expect to continue hearing a significant amount of noise from construction activities and frequent train horn sounds throughout the spring and summer."

No one was hurt after the cars carrying molten sulfur, asphalt, and lumber went off the rails Sunday afternoon. 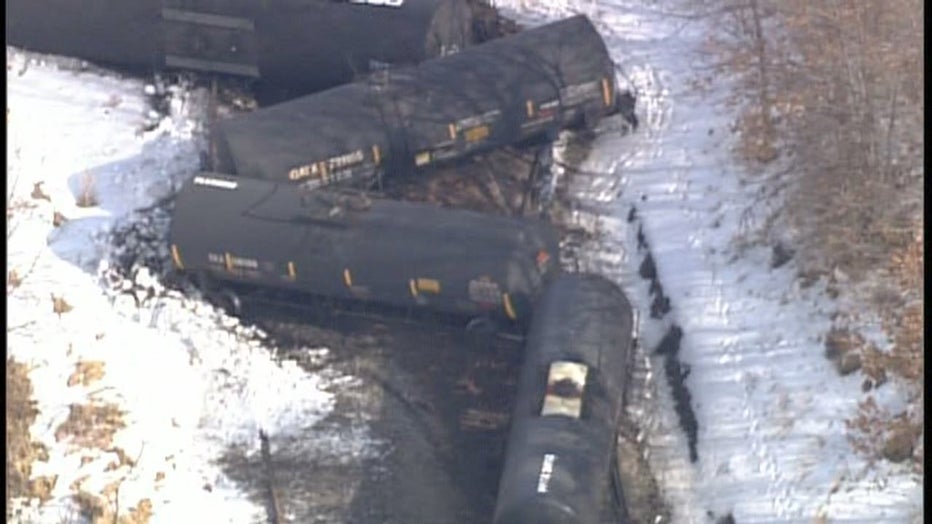 Canadian Pacific, which operates the line and the train that derailed, is constructing a temporary road to help crews better reach the 22 derailed train cars.

After Canadian Pacific has concluded the cleanup, it will deconstruct its temporary road and repave any other roads damaged during cleanup.

The City of Plymouth also says the company will continue to monitor air, water and soil quality 24 hours a day through walking contractors, monitoring stations, twice daily checks of the derailed cars and more.

Some of the derailed cars were carrying molten sulfur, which crews say has cooled and solidified. No leaks have been detected.